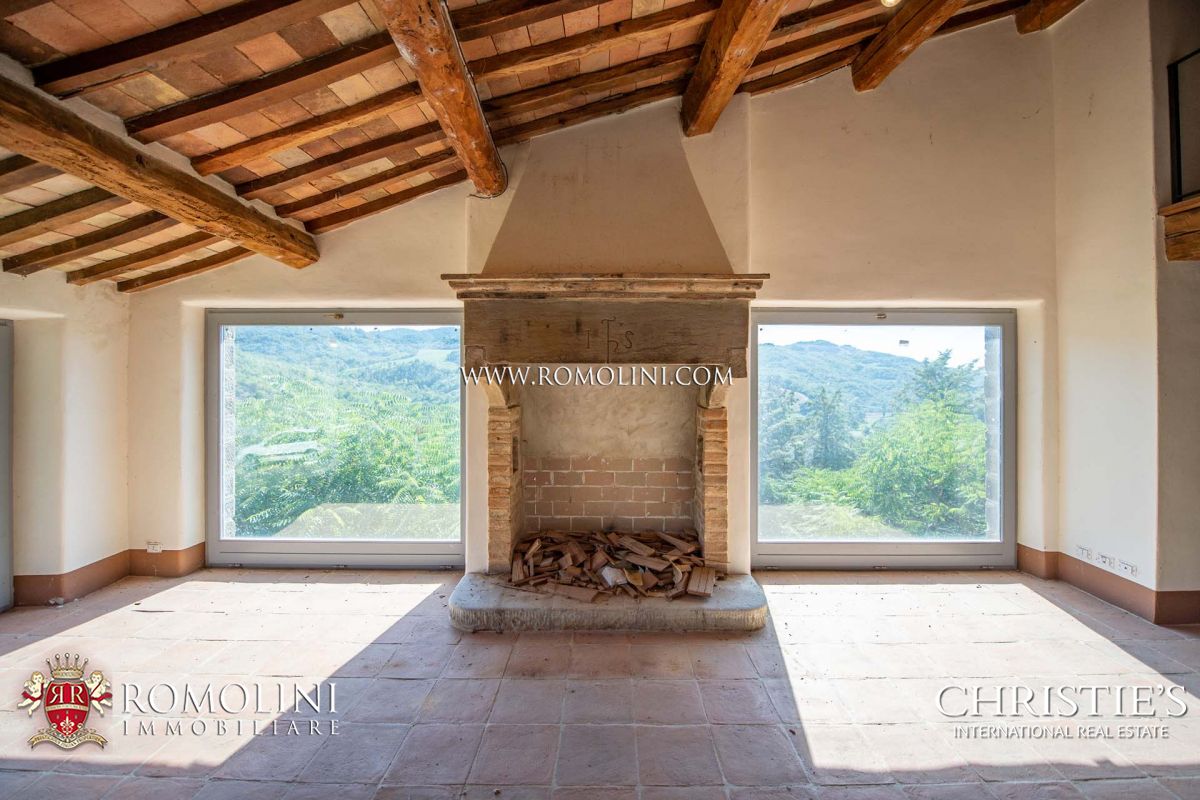 Montone is a chacteristic Medieval village recently recognized as one of the most beautiful borgos of Italy. Dating back to the Middle age, during which it belonged to the Marchesi del Colle and Marchesi del Monte, Montone is connected to the leader Fortebraccio da Montone, who tried to unify central Italy under a sole domination. The farmhouse is disposed on two levels and has been recently restored and consolidated in the structure. The ground floor, with access through the characteristic porch, comprises : dining room, kitchen, hallway, two bedrooms, closet, technical room and a small apartment with bedroom, kitchen and bathroom. The first floor, accessed via an internal staircase, is composed of living room with mezzanine, kitchen with pantry, closet, vestibule, four bedrooms with bathroom and a wardrobe. The land surrounding the property was used as pasture land making 1 hectare. There is the possibility of buying a further piece of land.