Wonderful farmhouse in the countryside near Florence 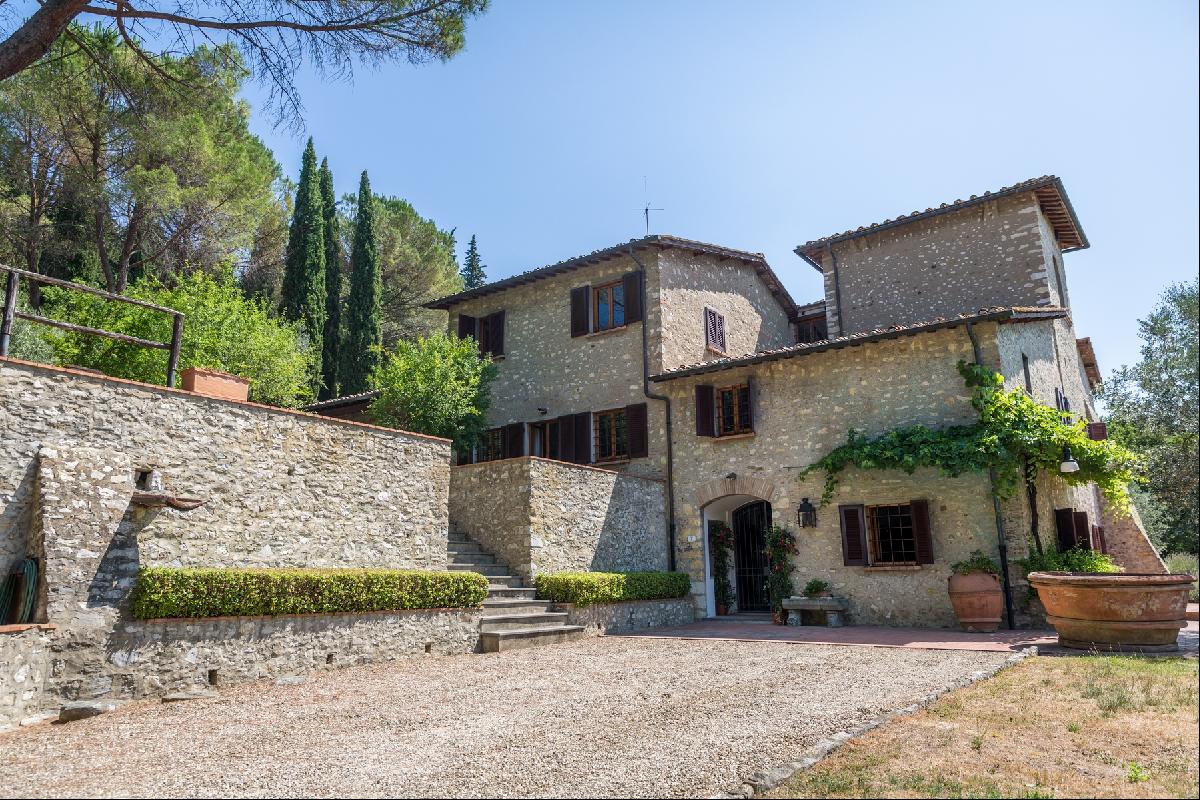 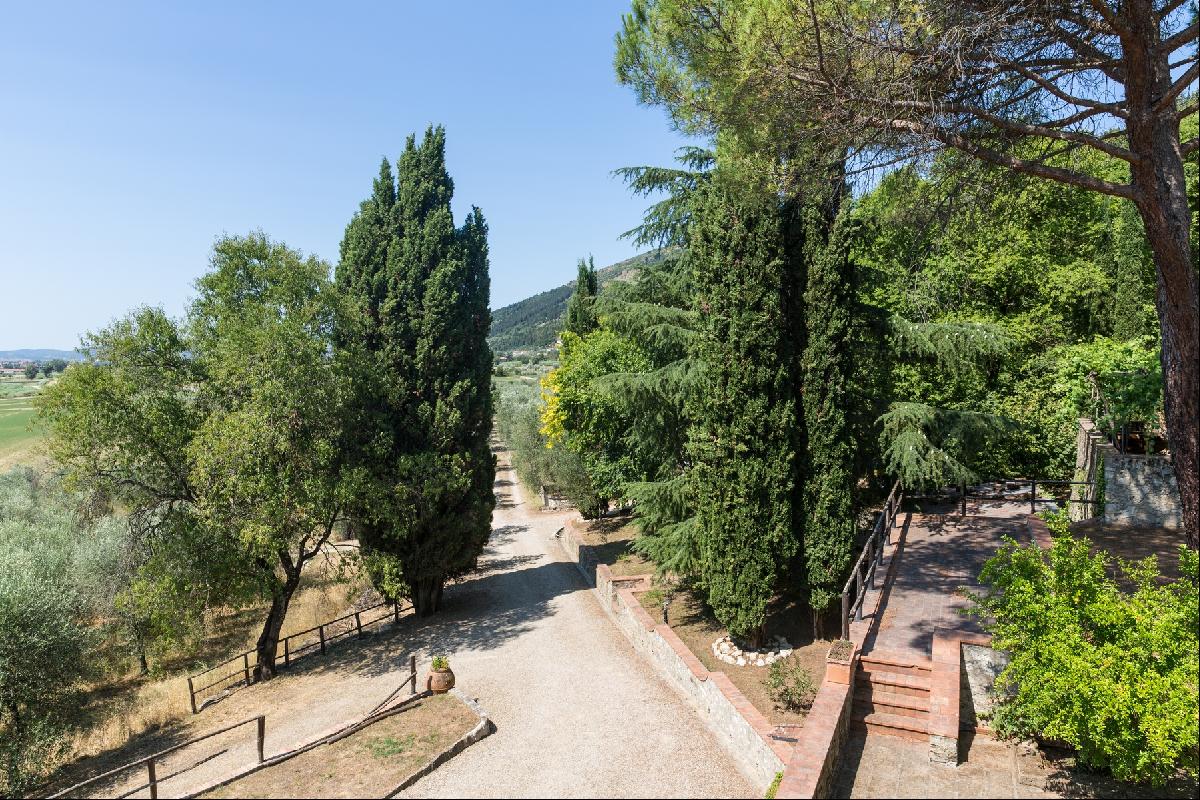 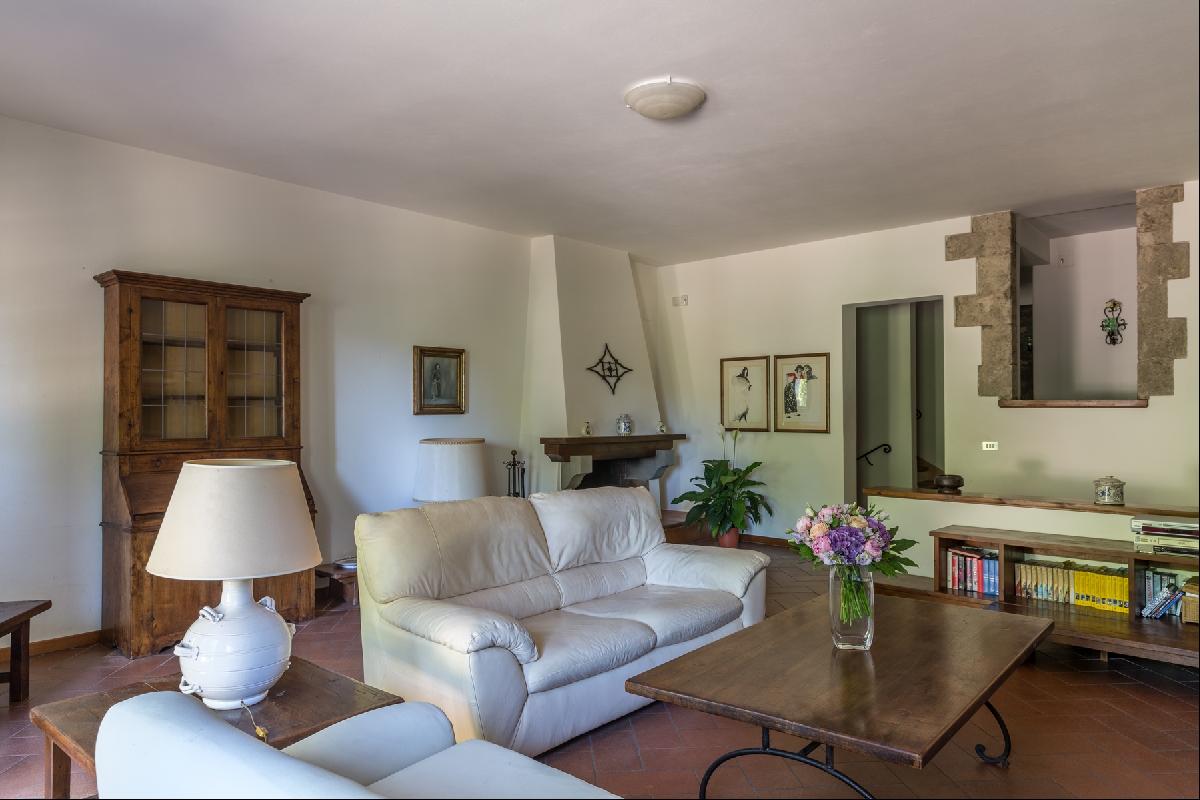 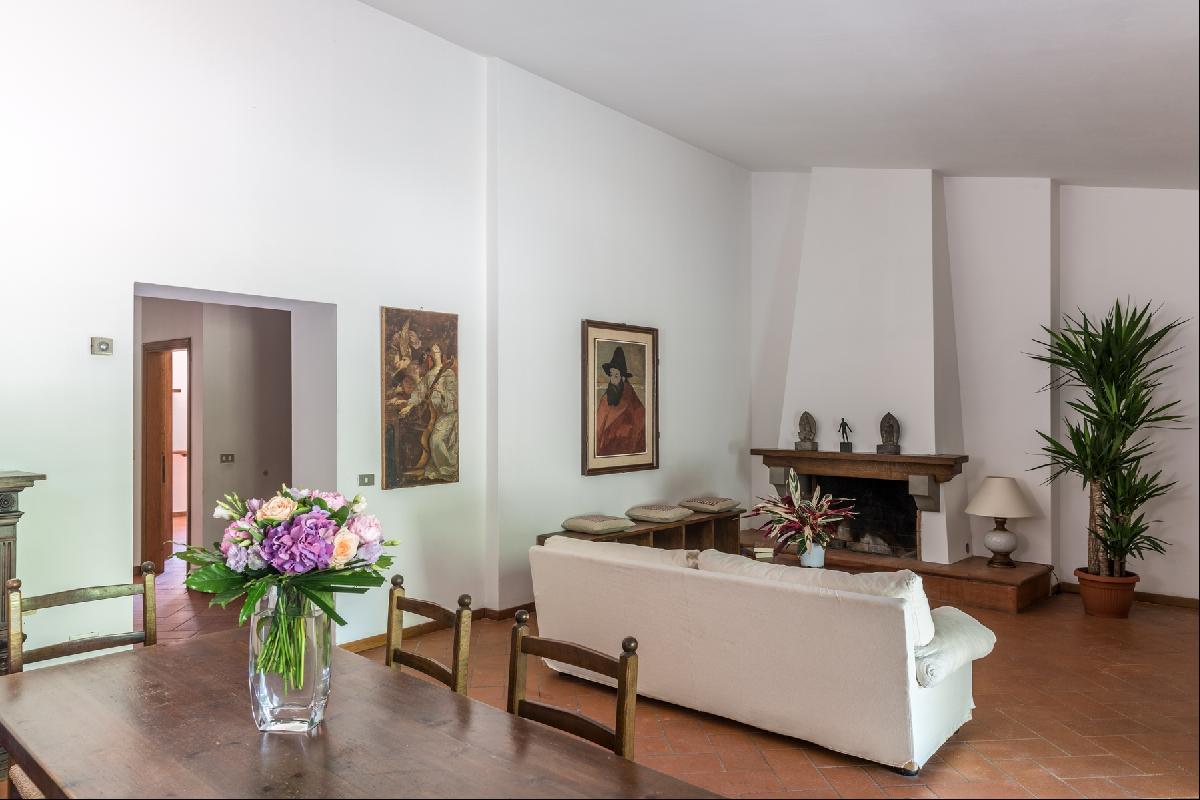 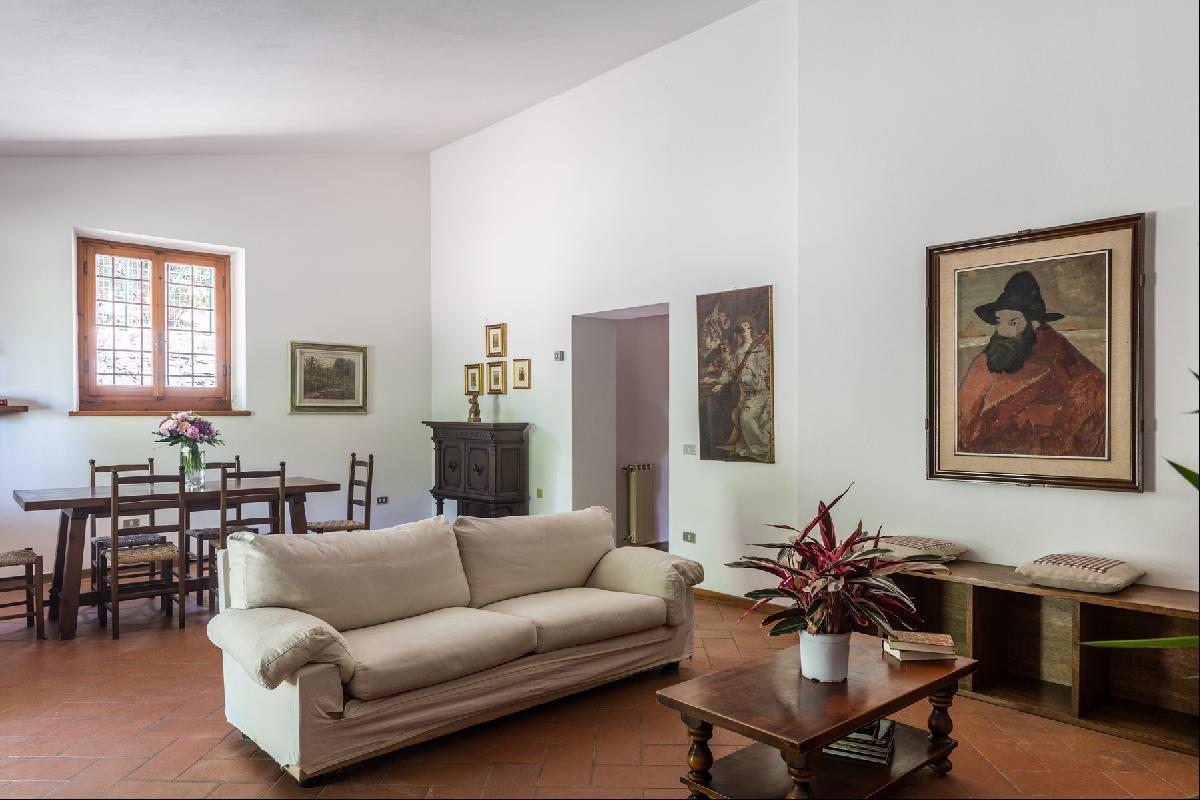 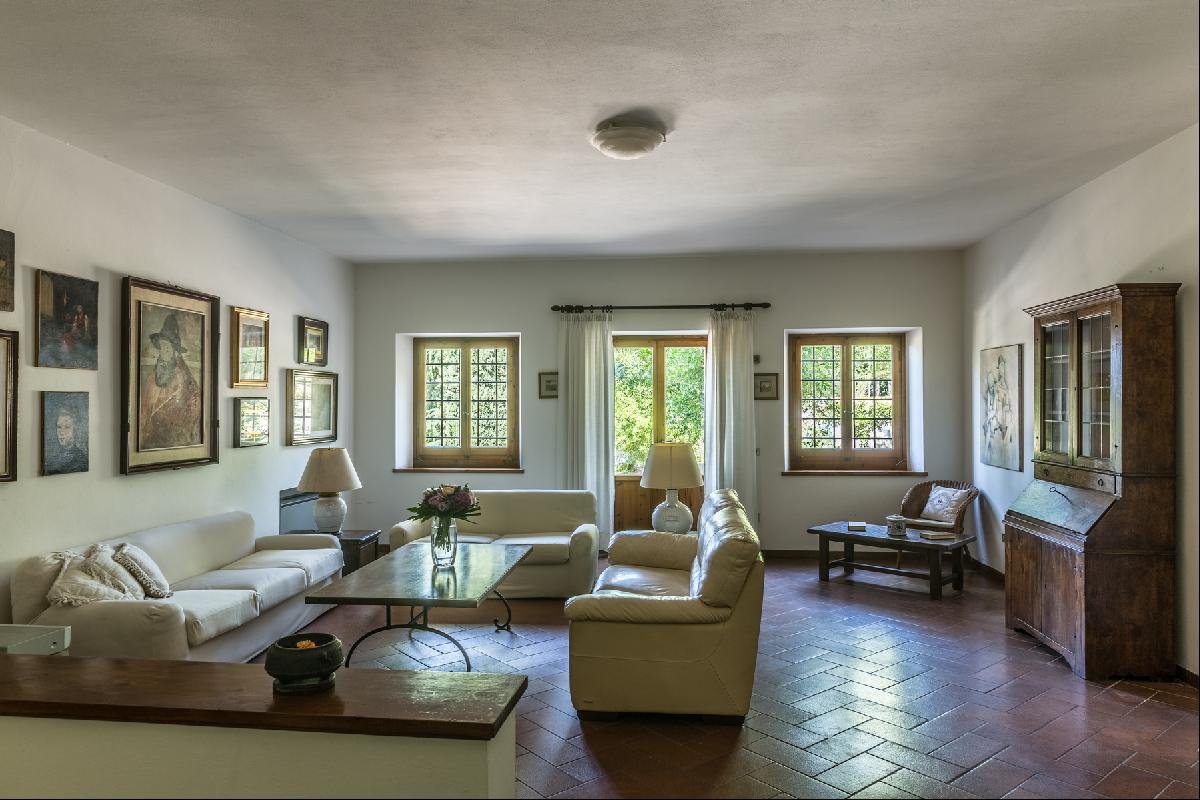 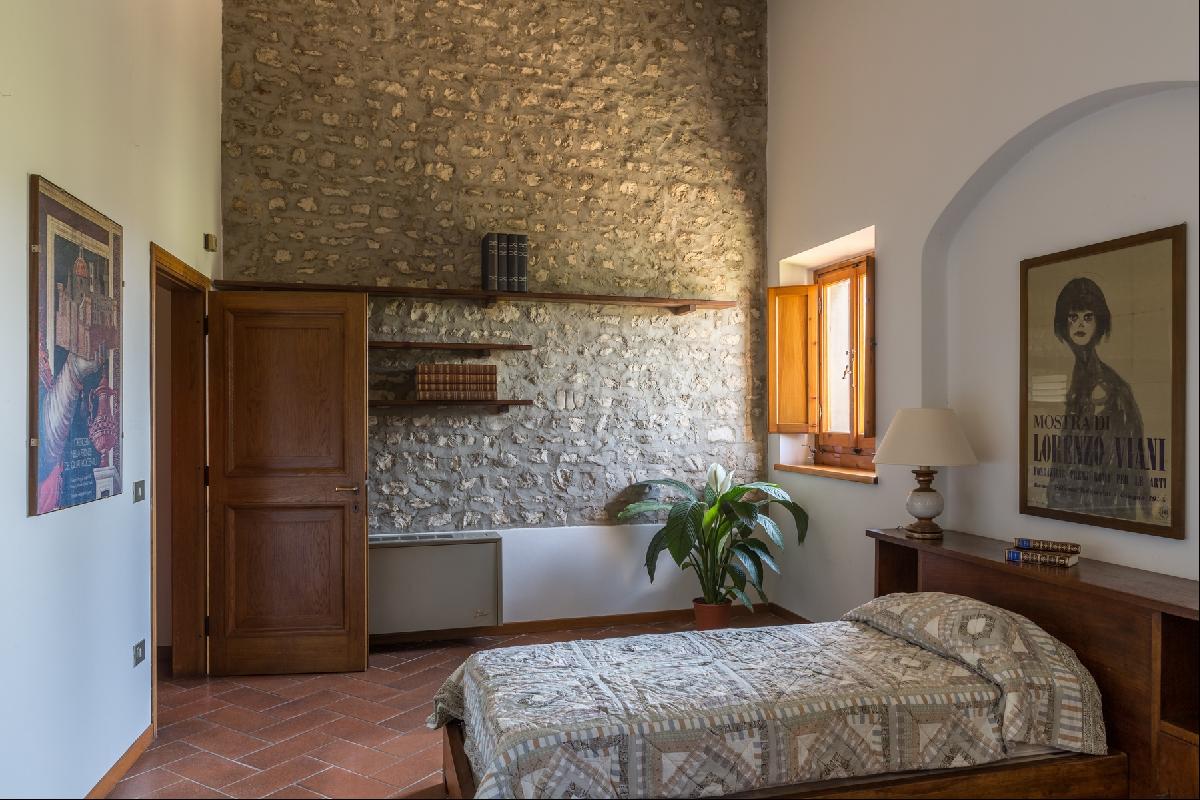 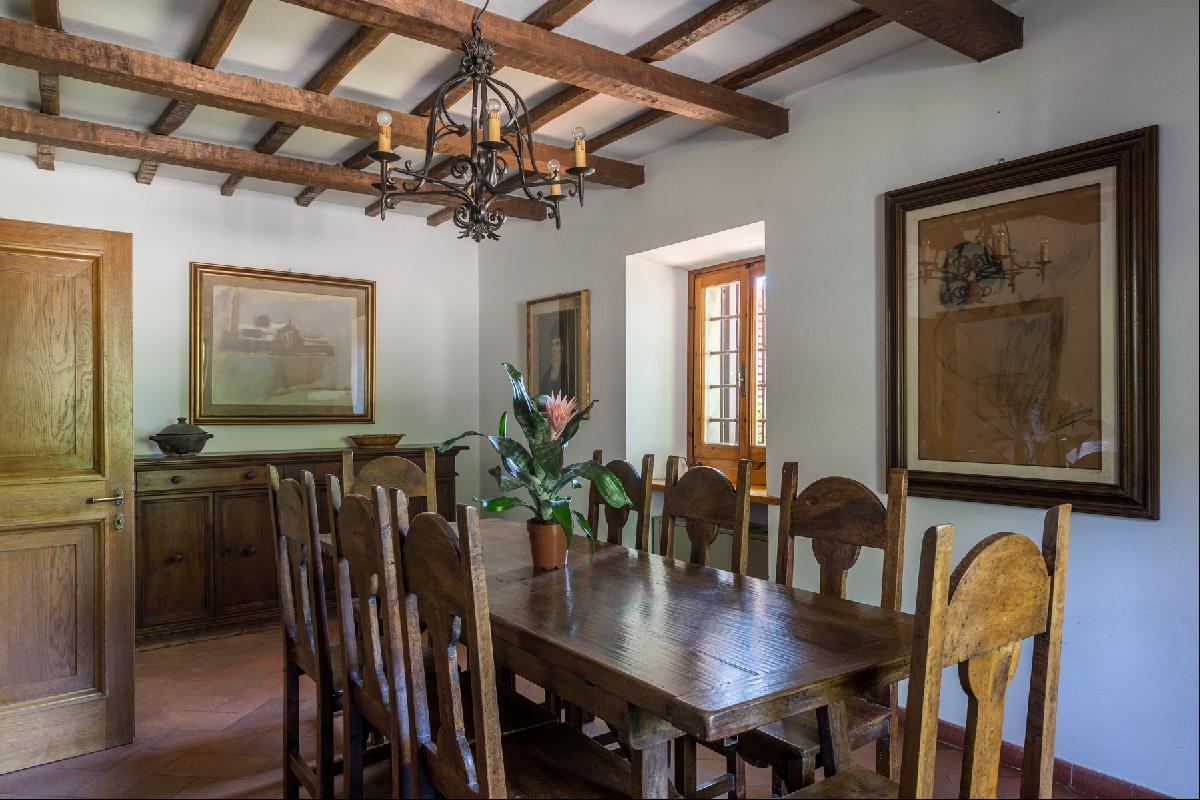 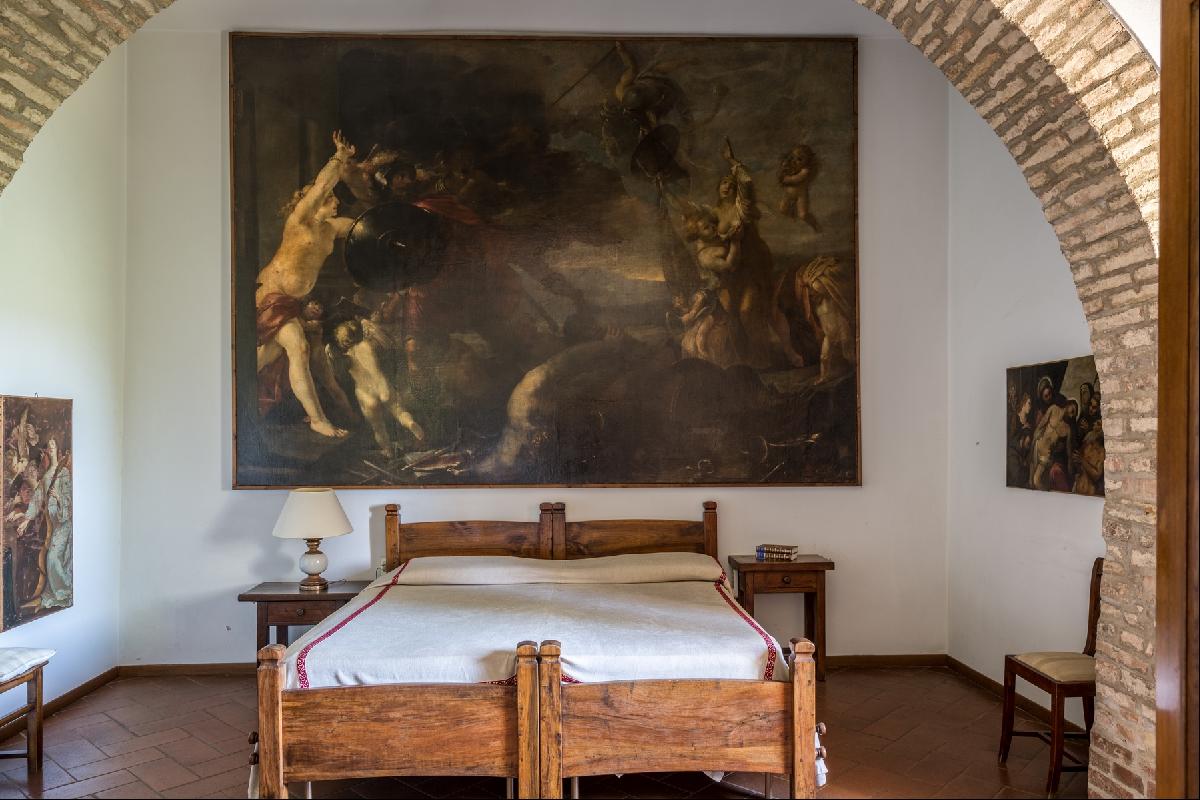 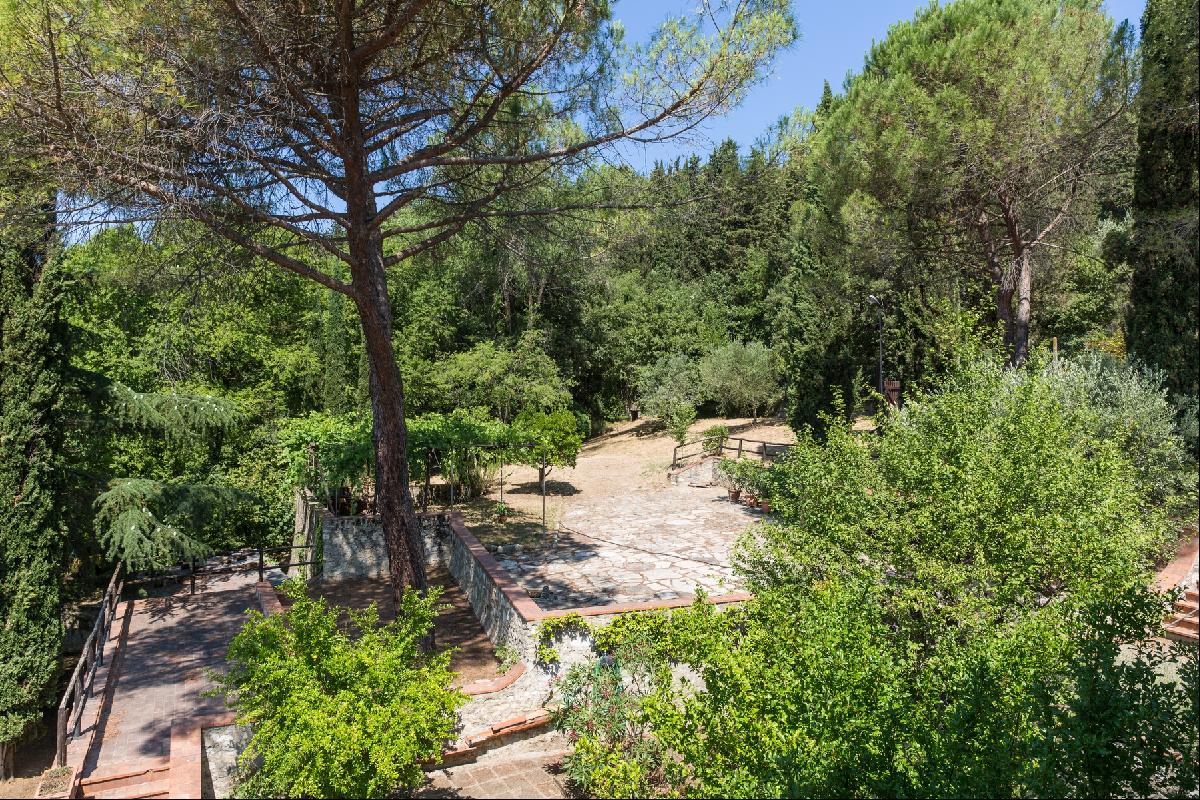 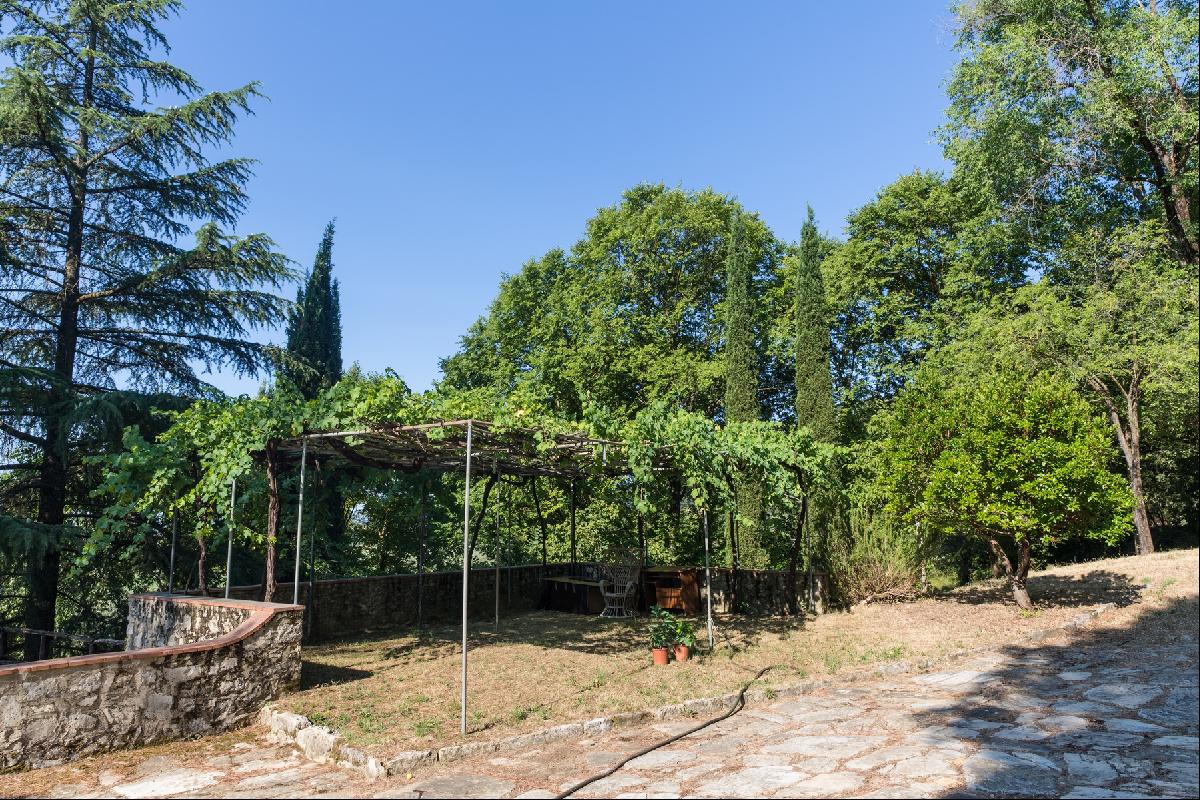 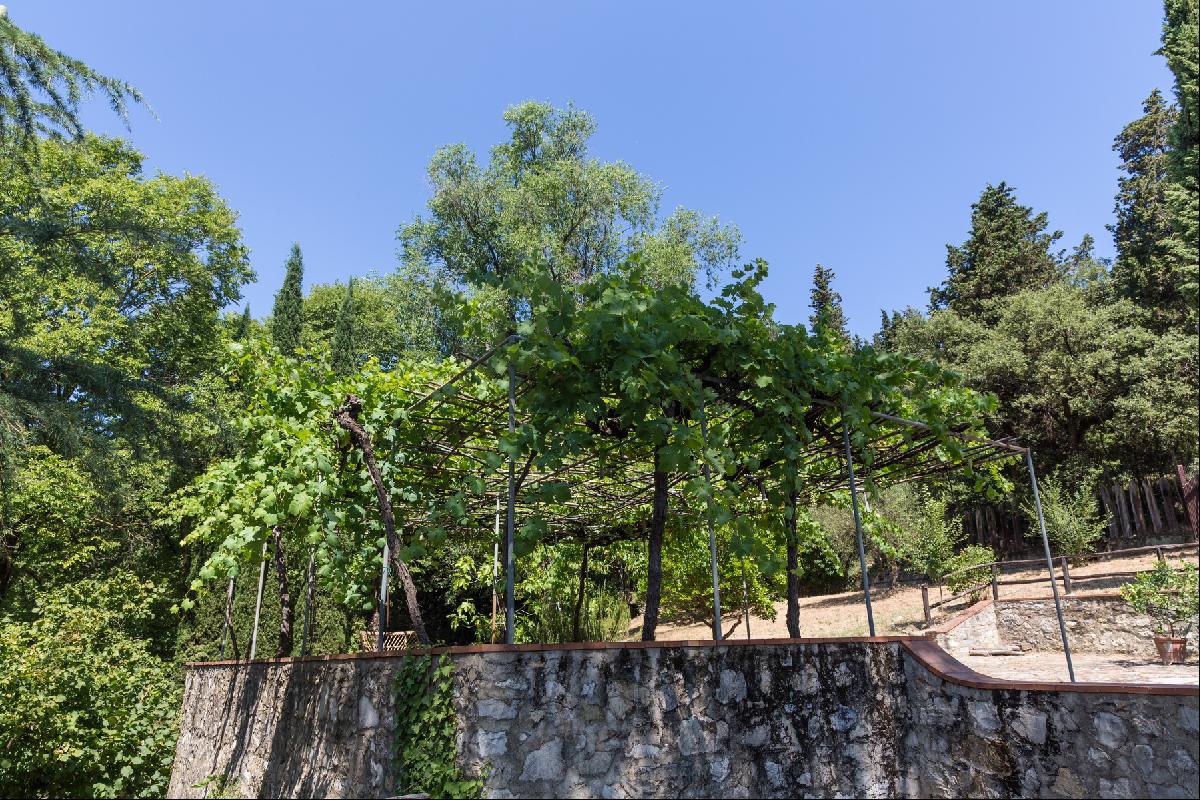 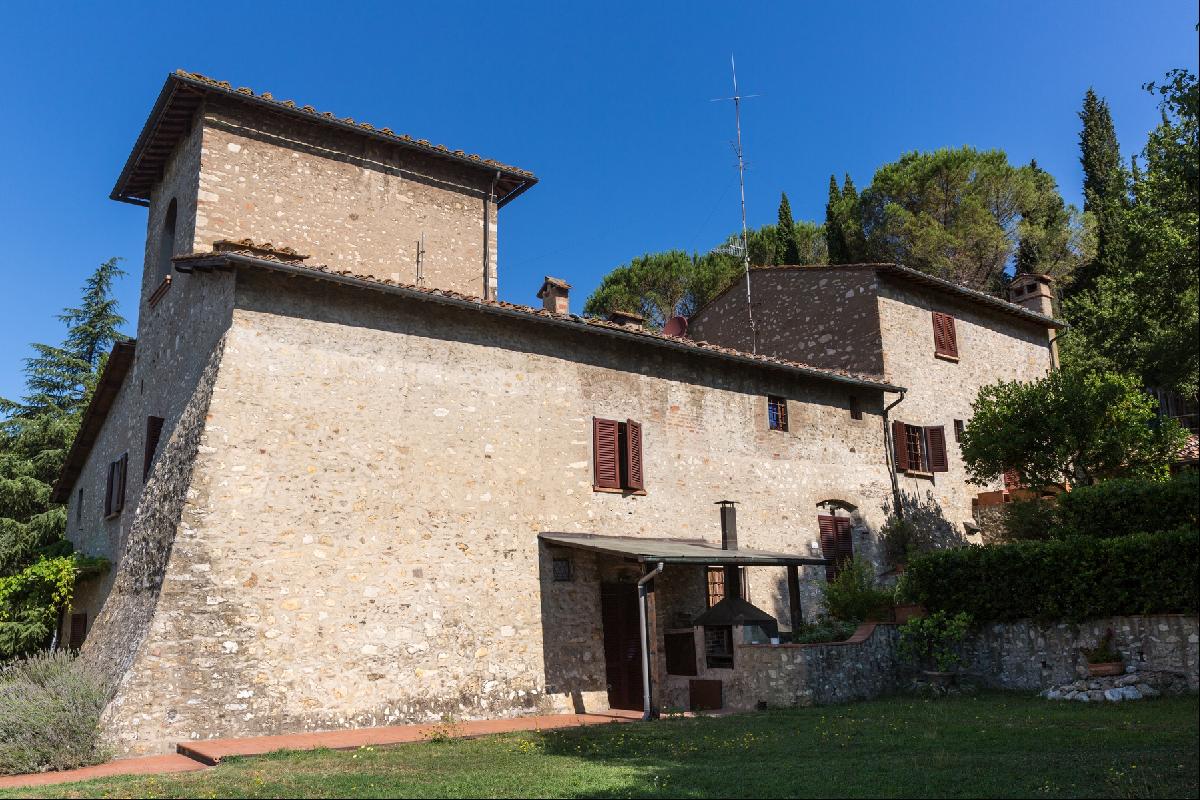 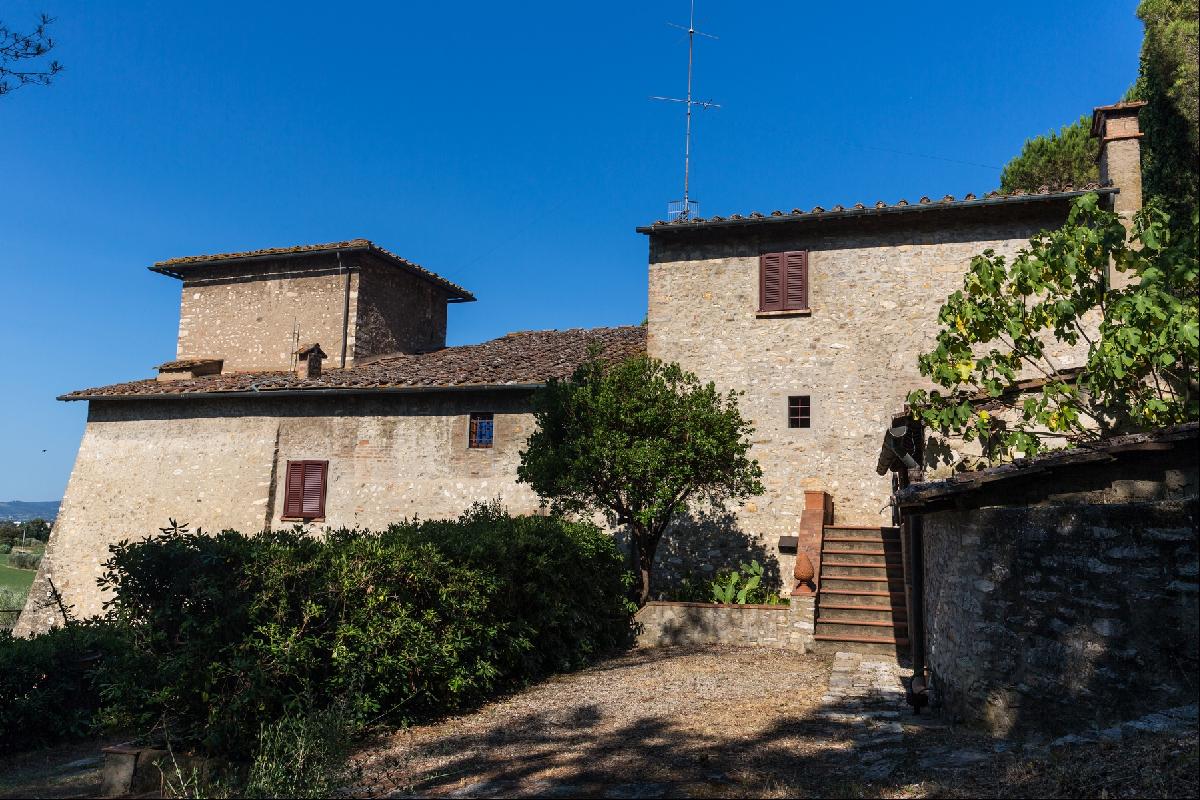 The Torricella is an ancient stone farmhouse developed at different times around a medieval tower, recently restored with great care. It is located inside the new park of Travalle - a protected area of woods and farmland framed by the hills of Calvana and the river Marina from which the Romans drew water for one of the first aqueducts of Florence. Travalle was the place where from the Renaissance onwards the Florentine Patricians stayed in the summer, and it has remained almost as it was in the sixteenth century: a small farming community that allows you to immerse yourself in traditional country life although at half an hour From the city. The villa is in fact already represented in the sixteenth century maps of the city of Florence. The Torricella is located at the foot of the Poggio Dell'Uccellaia (included in the property), entirely covered by a dense forest of cypress trees that guarantees silence and privacy. On the other side the villa is oriented towards the medieval village and castle of Calenzano Alto. About ten hectares of farmland surround it, isolating it from other properties. Thanks to the minimum development of the area and its current destination in park, the neighboring properties are virtually the same as we see in the Renaissance maps: the Villa del Pratello to the west and the ancient mill of Valigari to the east. Just beyond the Pratello there is the village developed around the Villa and Fattoria di Travalle - The Historical and Cultural centre of the Park bearing its name. The exposure to the south and the isolated location of the villa guarantee excellent light even in winter. All the external walls are made of Alberese, the local stone, while the roof uses the traditional terracotta tiles. All the internal floors are in terracotta of Impruneta. The property is about 750 sqm of commercial area, 3 hectares of farmland (with about 300 olive trees).