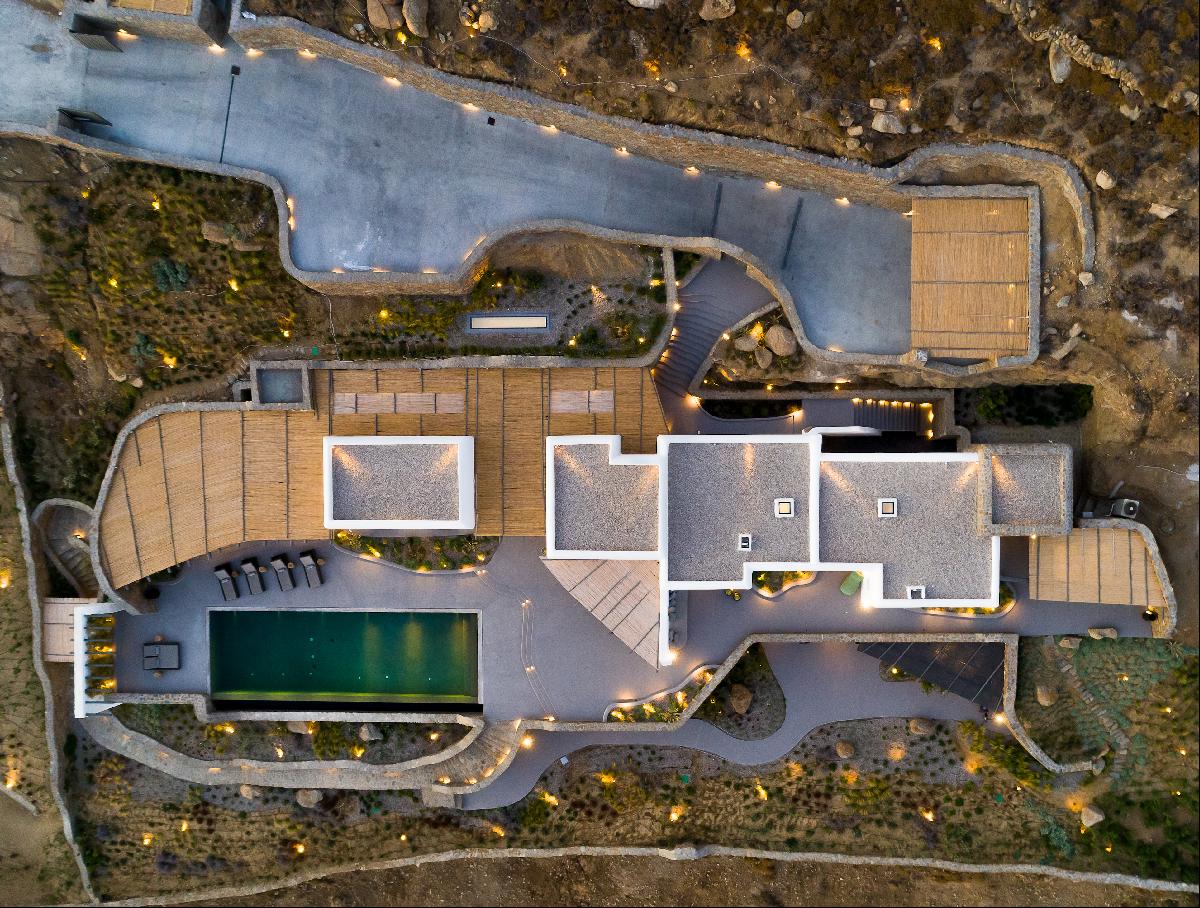 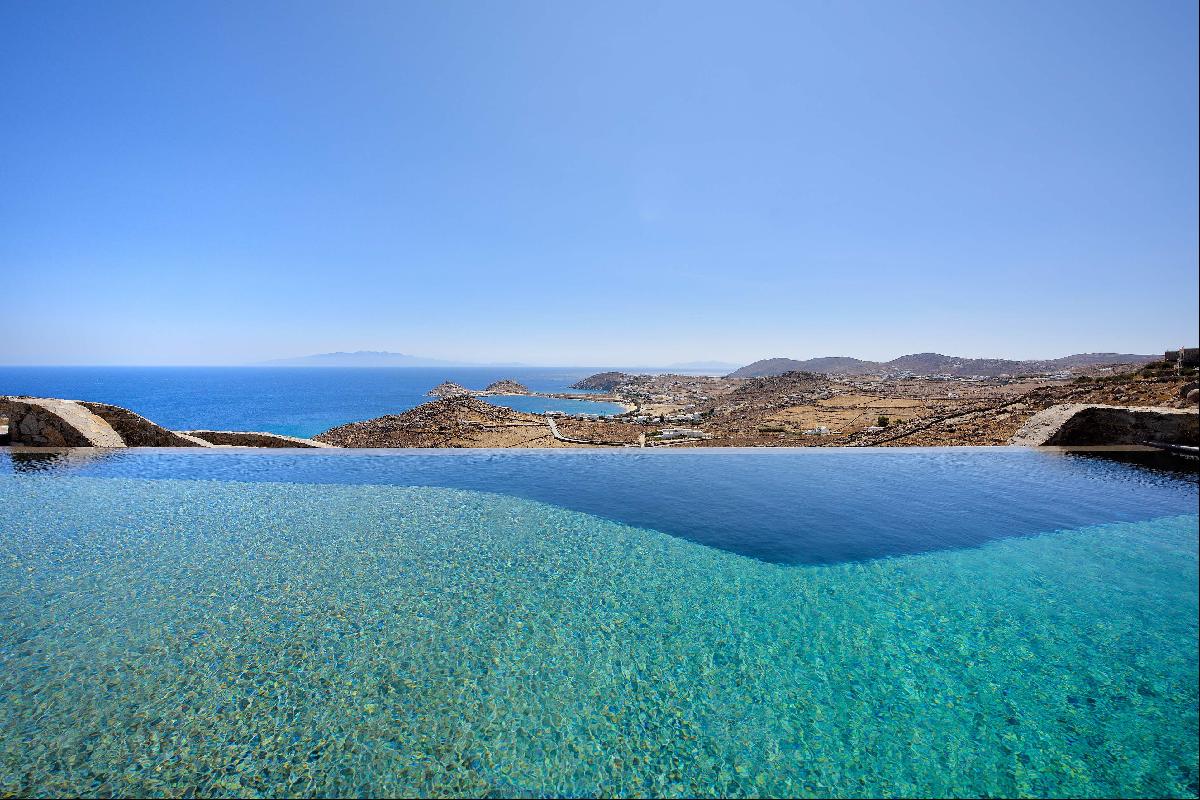 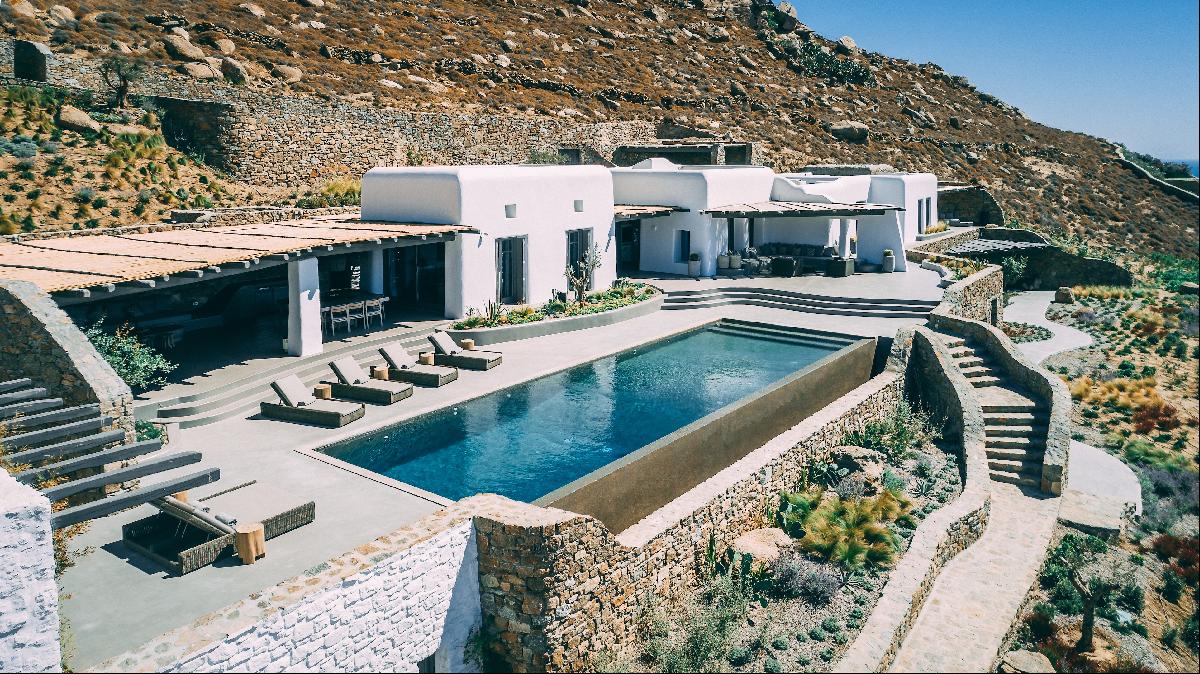 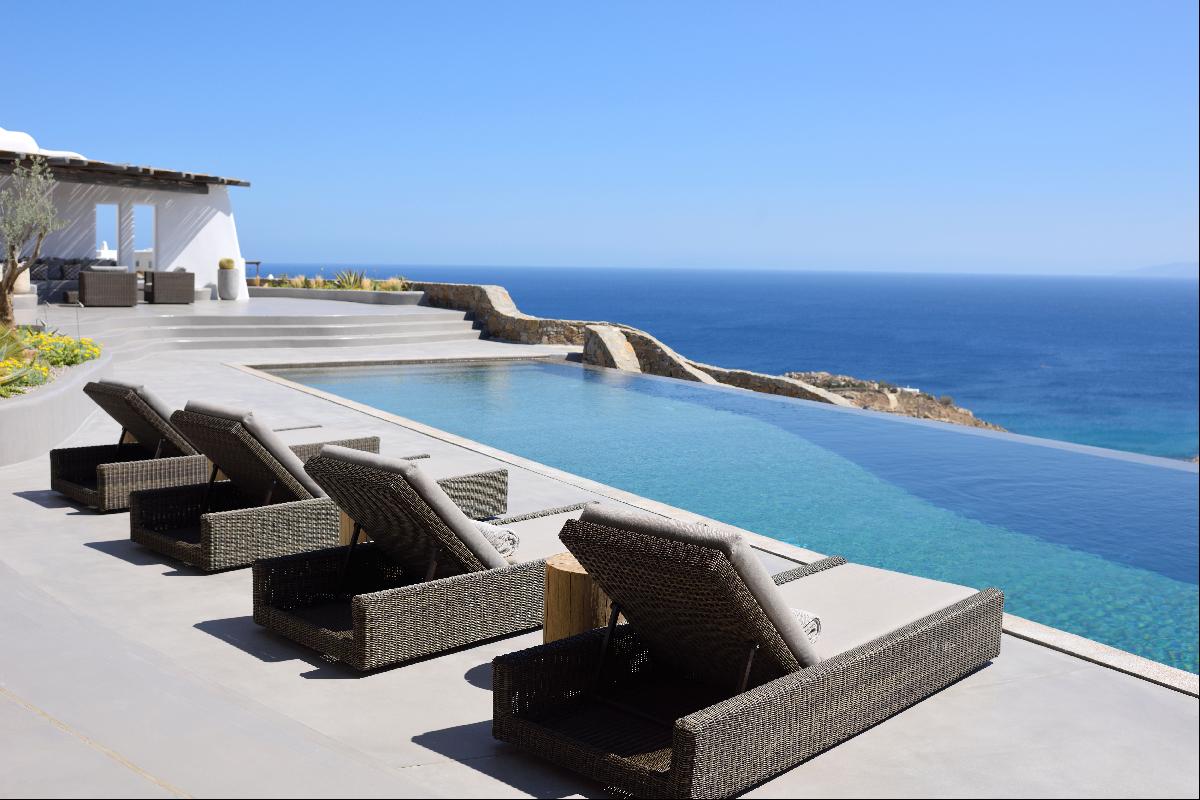 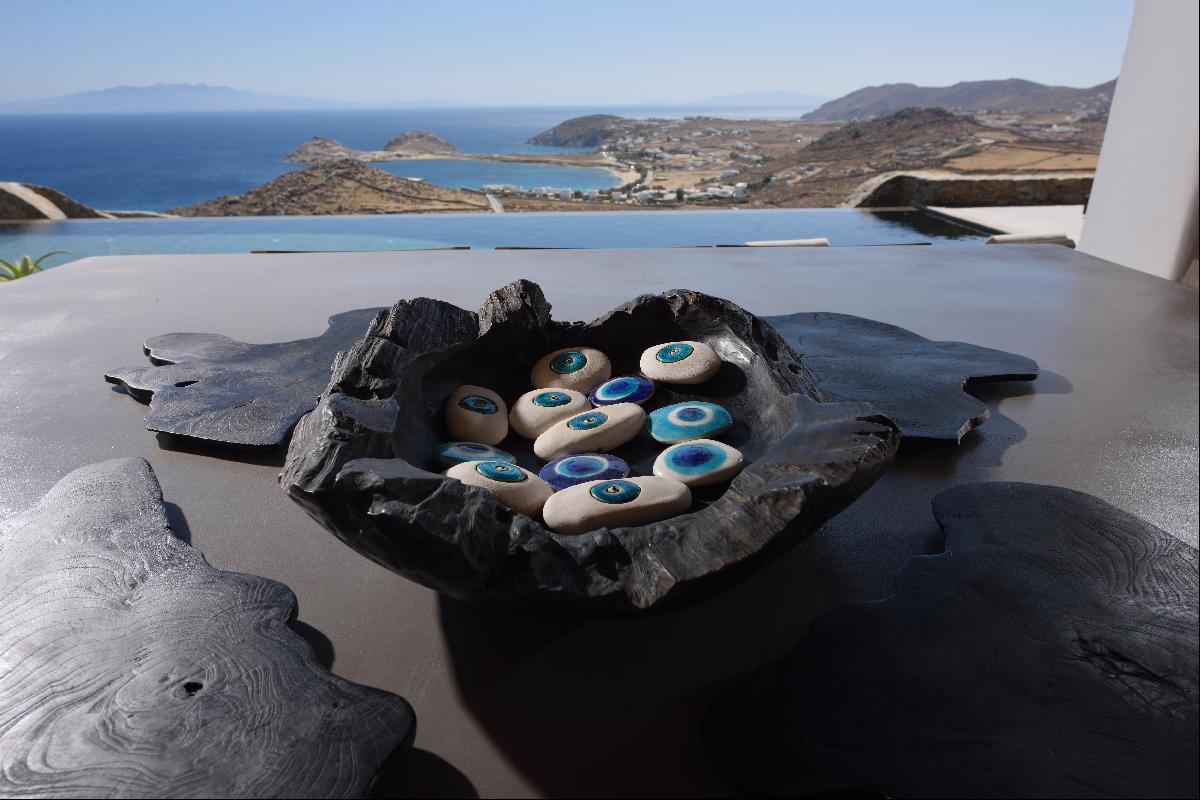 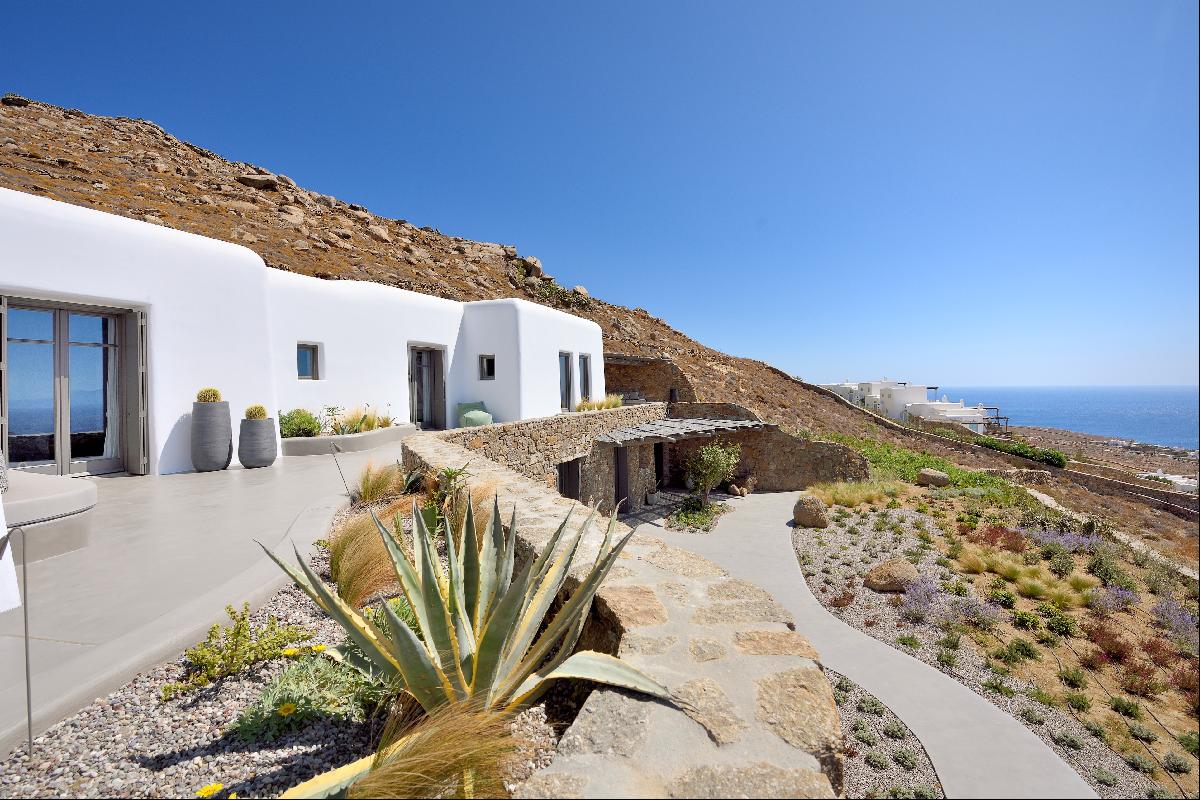 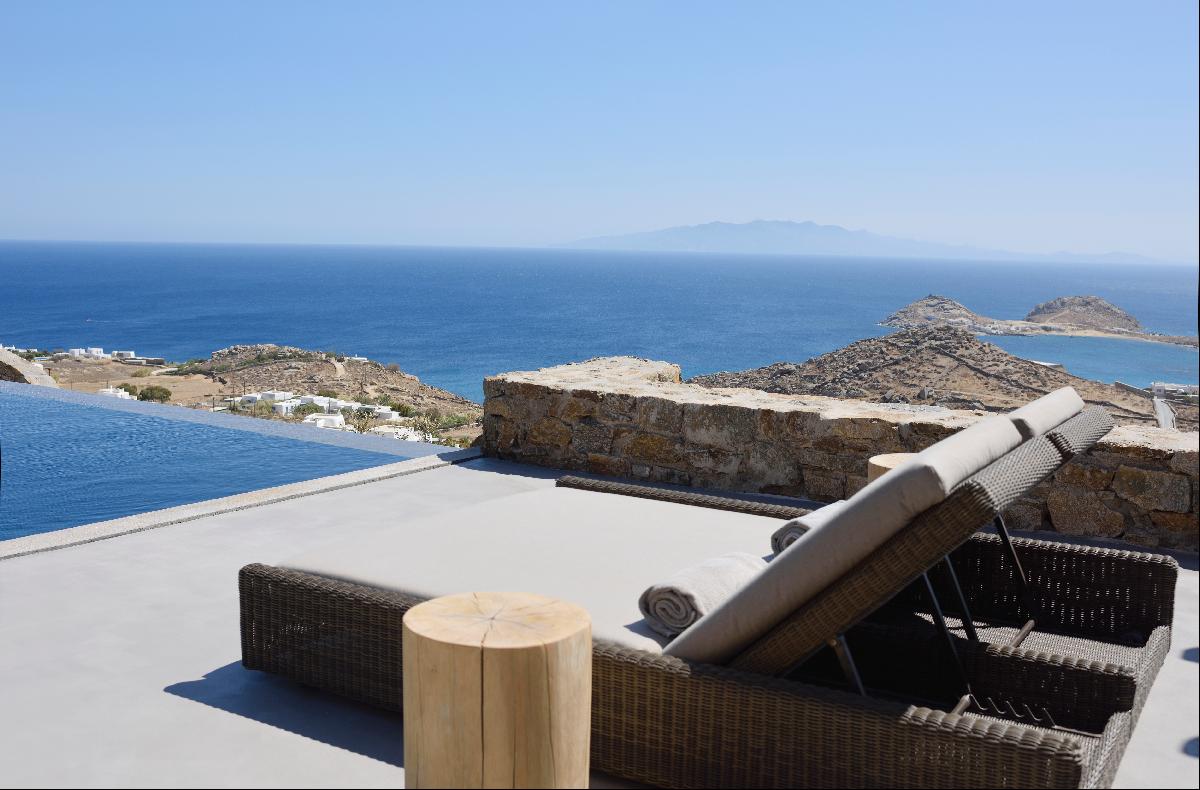 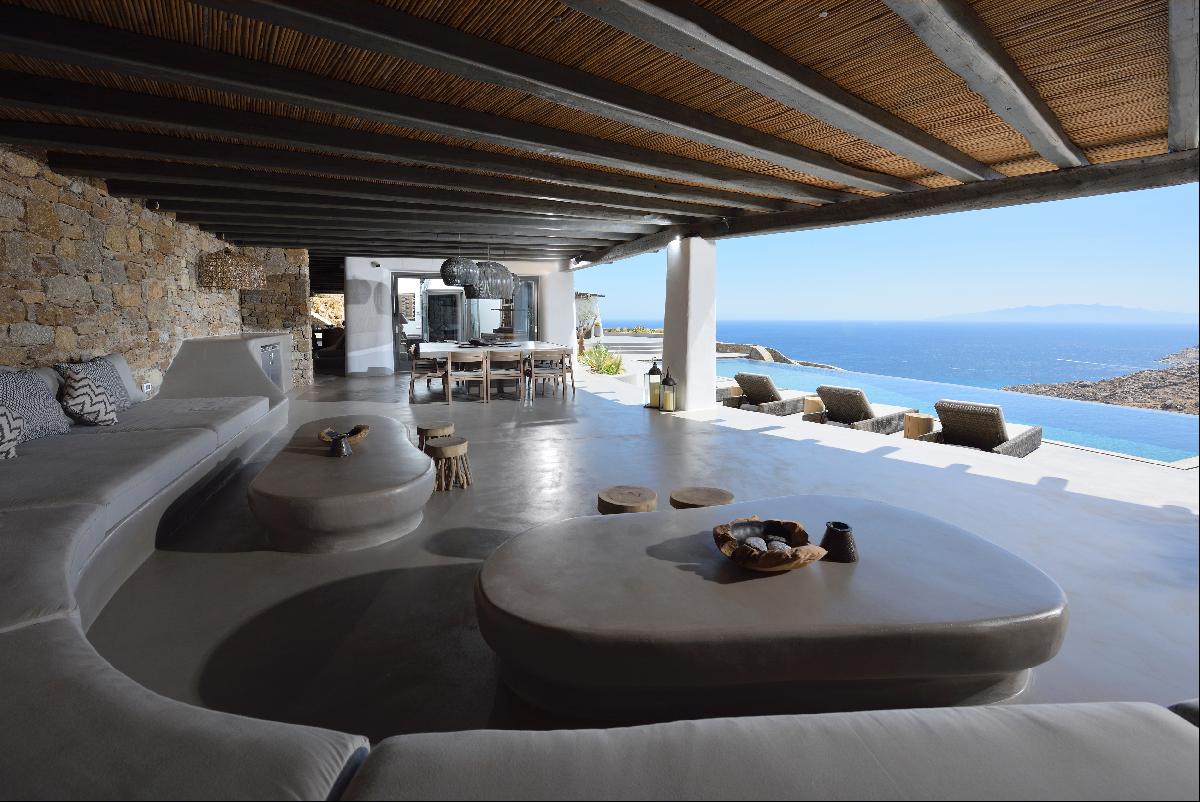 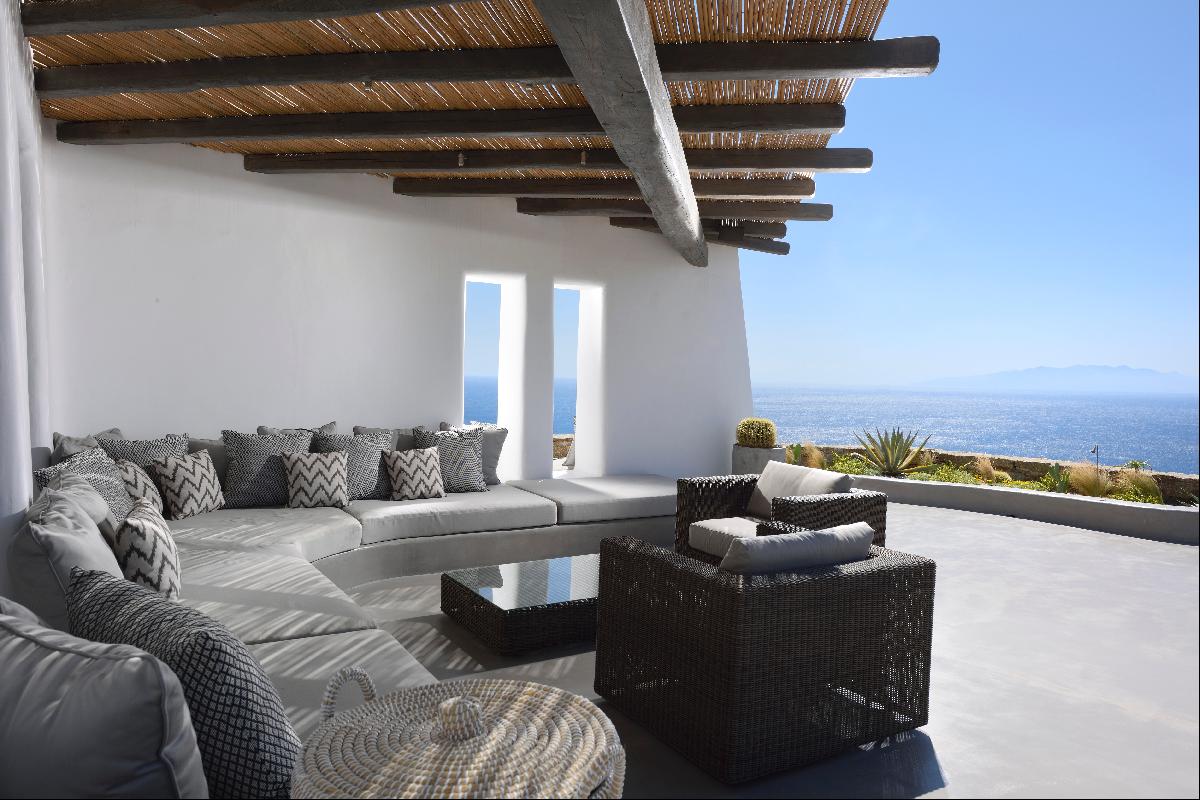 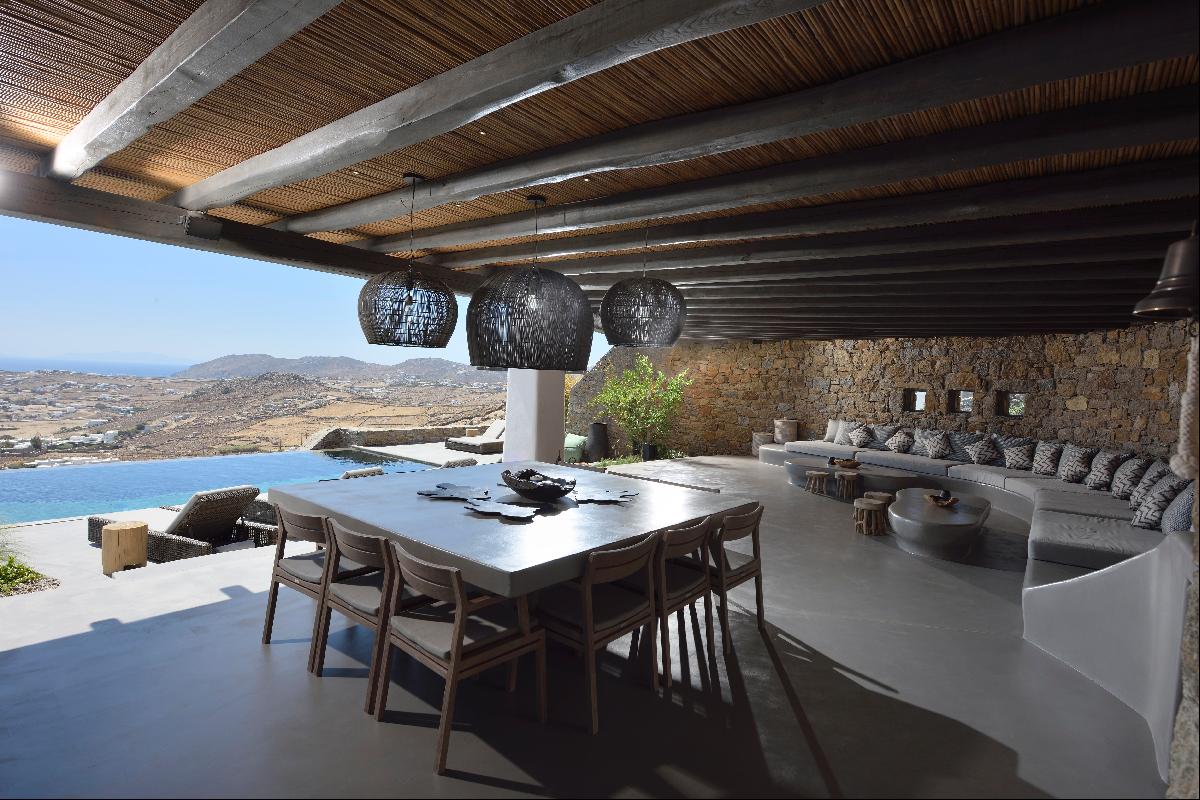 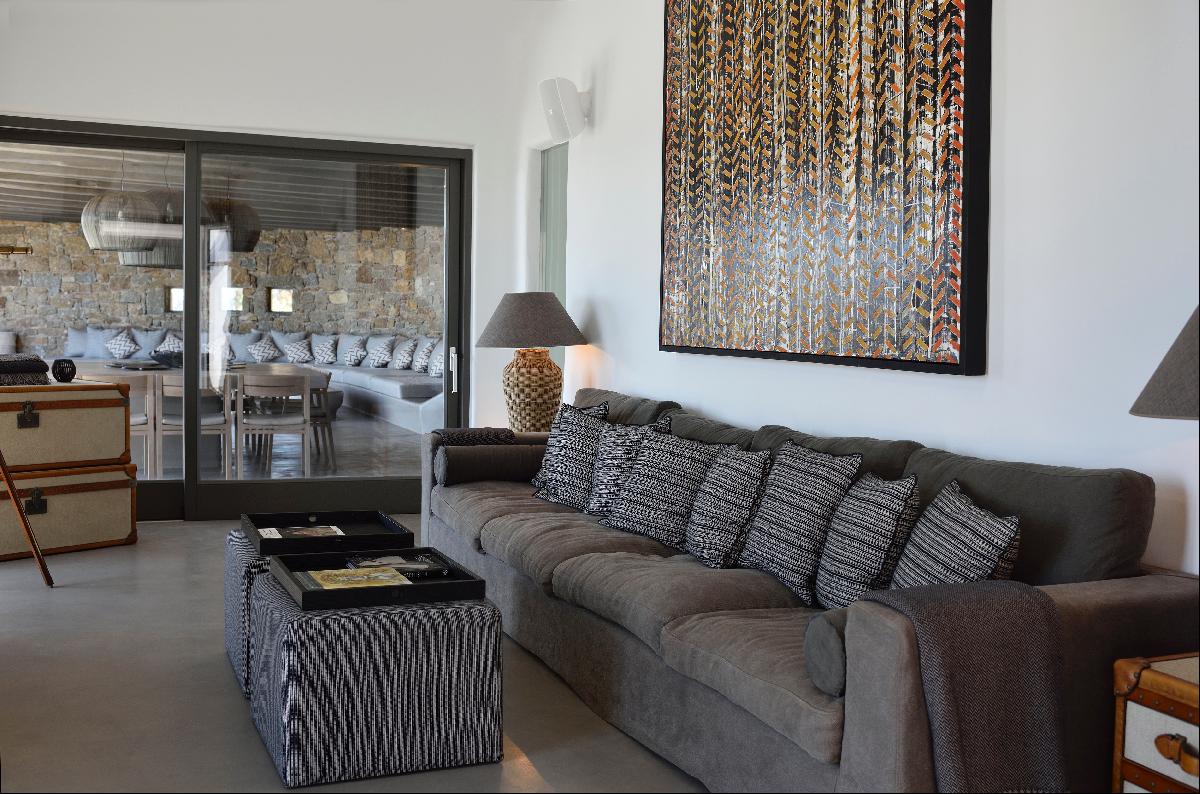 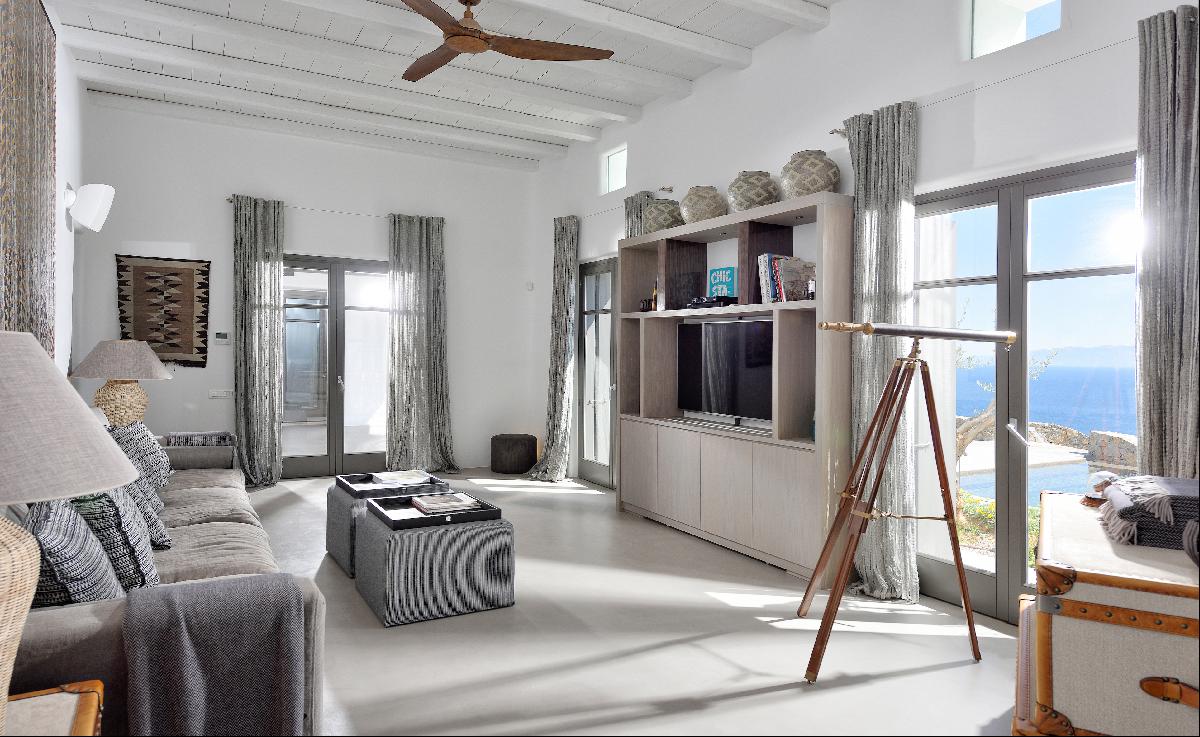 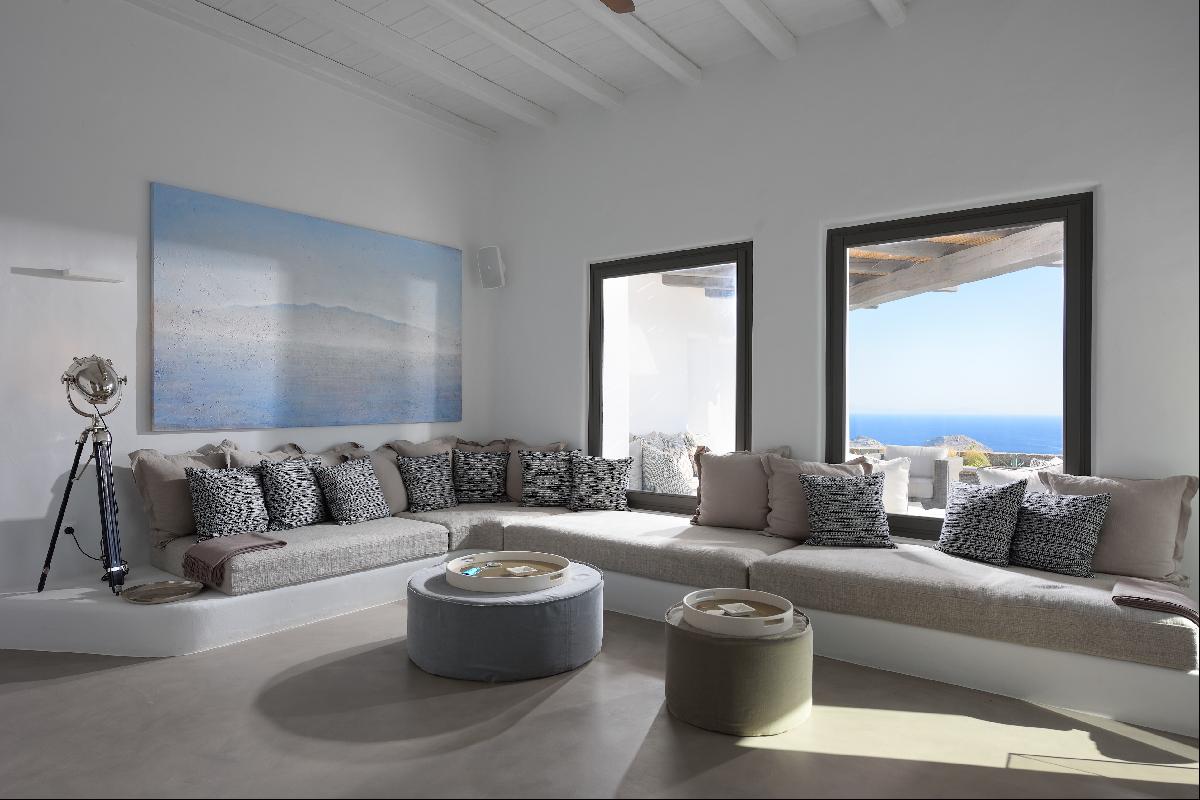 Summer Solstice is an ultra modern stylish villa located between the beaches of Kalafati and Lia, on the Southern side of the island.
This exclusive enclave has some of the most spectacular villas on Mykonos belonging mainly to Greek establishment families and is also within a 'brown zone' meaning that new building is prohibited resulting in a peaceful landscape where houses are set far apart.

It is by far an oasis for the more discerning visitors who want privacy and a more traditional island feel, while being a short drive to the trendy hotspots of Spilia, Alemagou, Farma and Sol Y Mar. Mykonos Town is a 15-minute drive away.

The 8 bedroom villa is set on a hill with sweeping 180 degree views of the Aegean with Naxos on the front and Paros on the right. It has been designed by the pre-eminent Greek architectural practice and interior designed by London based high-end developers Sloane Cadogan, the result of which is a unique contemporary interpretation of traditional Cycladic architecture and design.