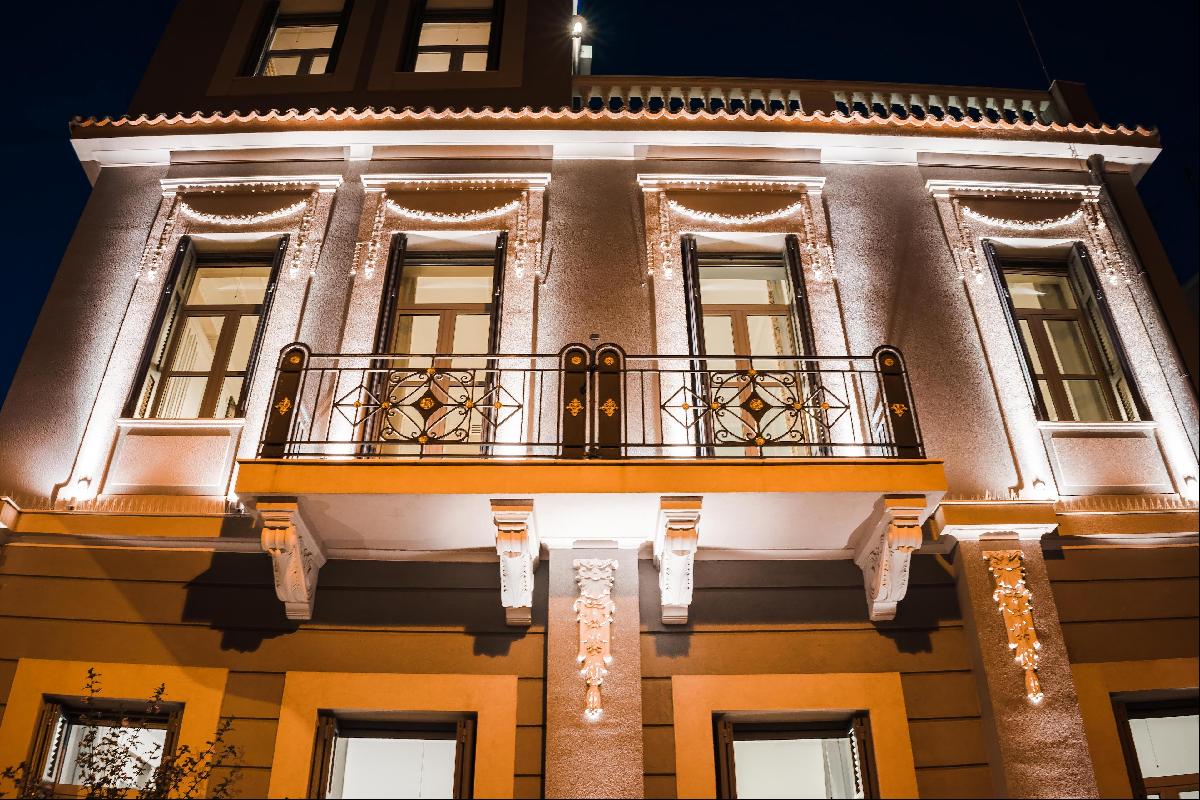 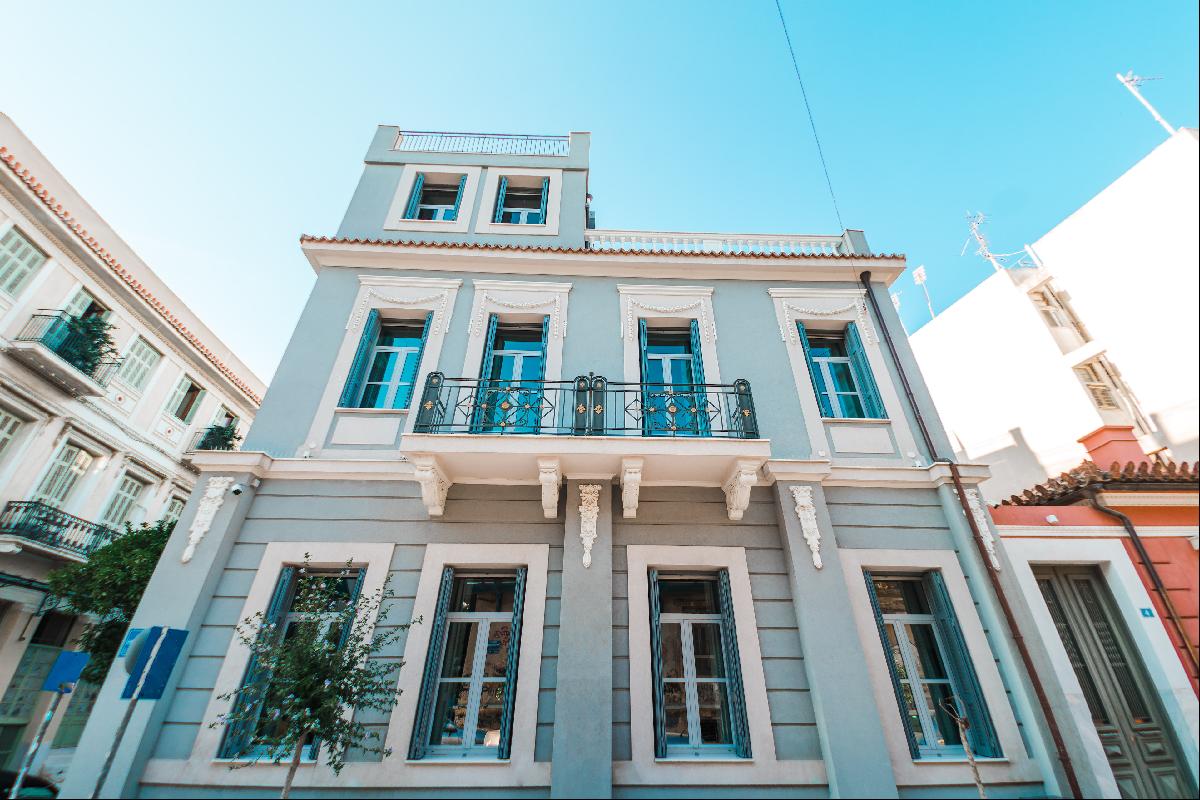 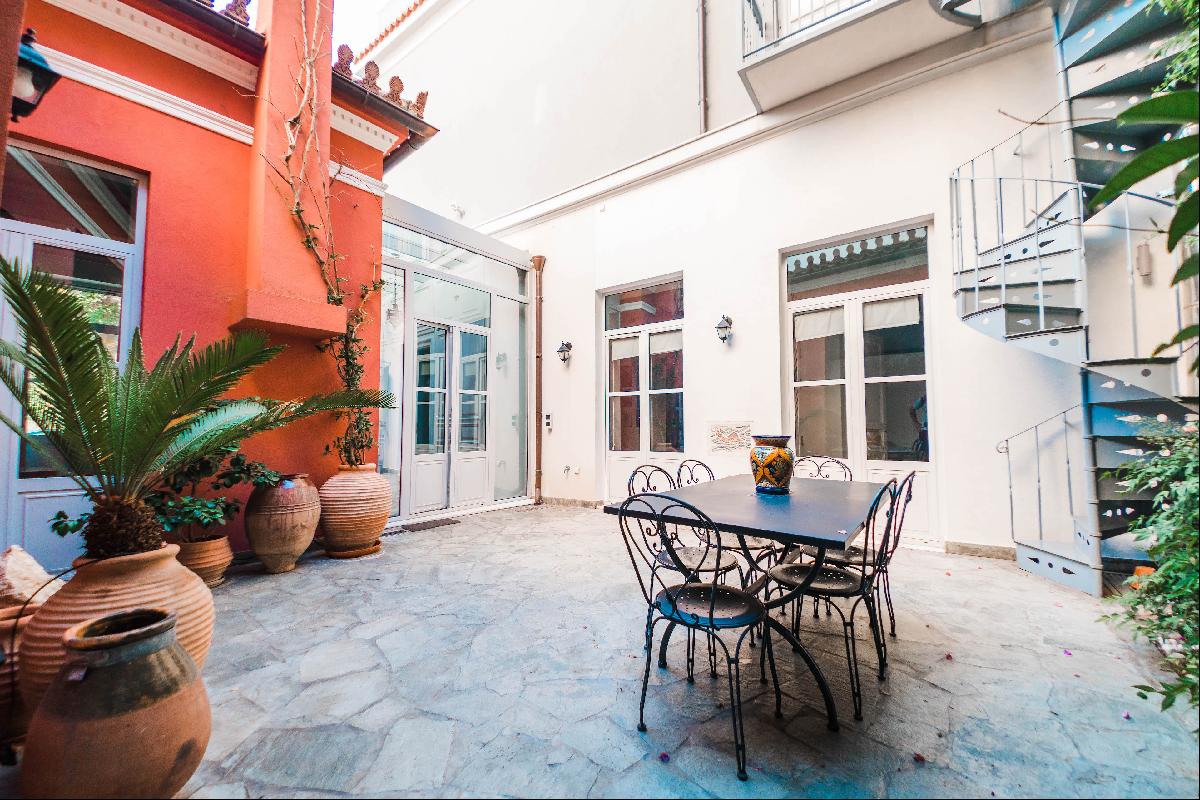 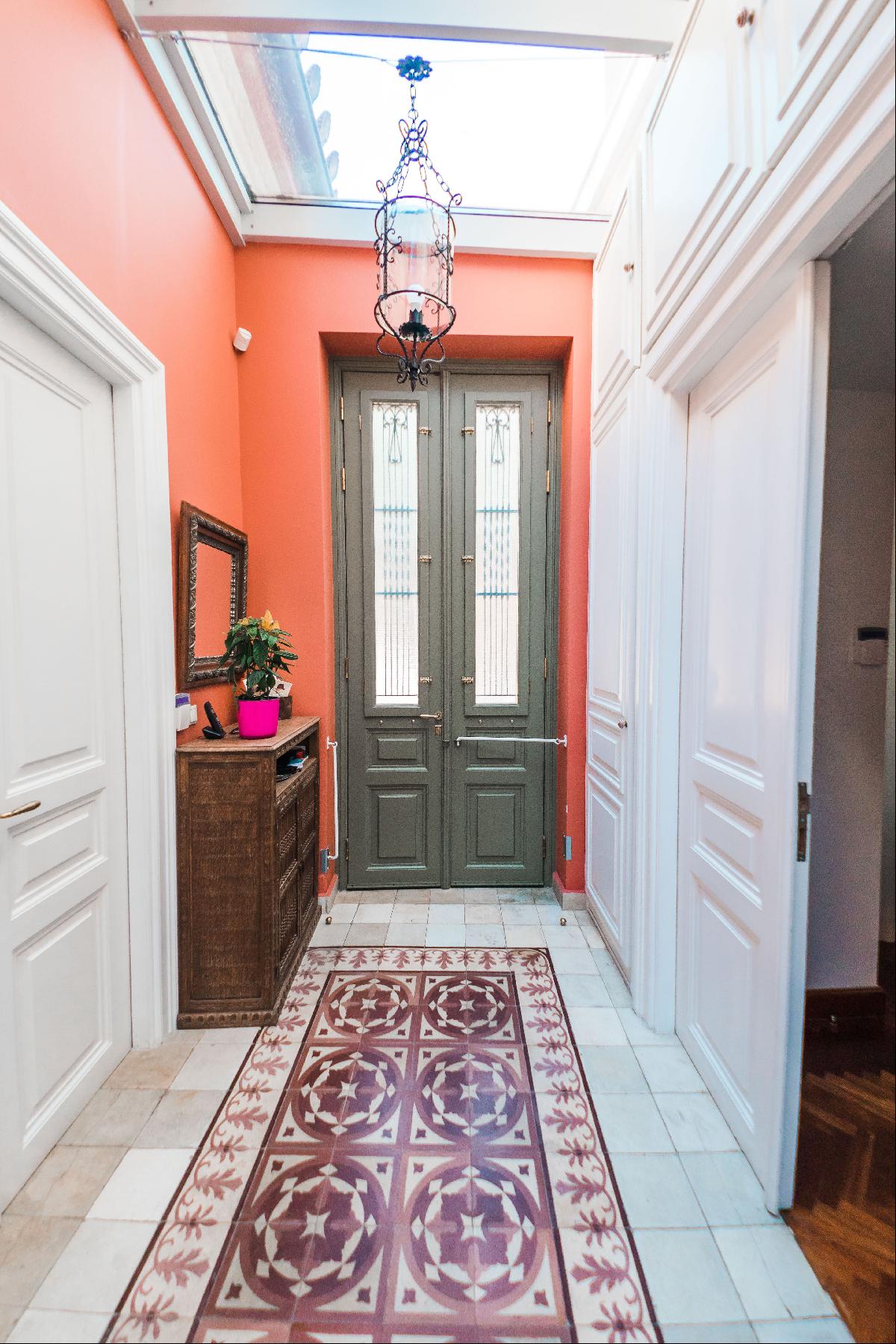 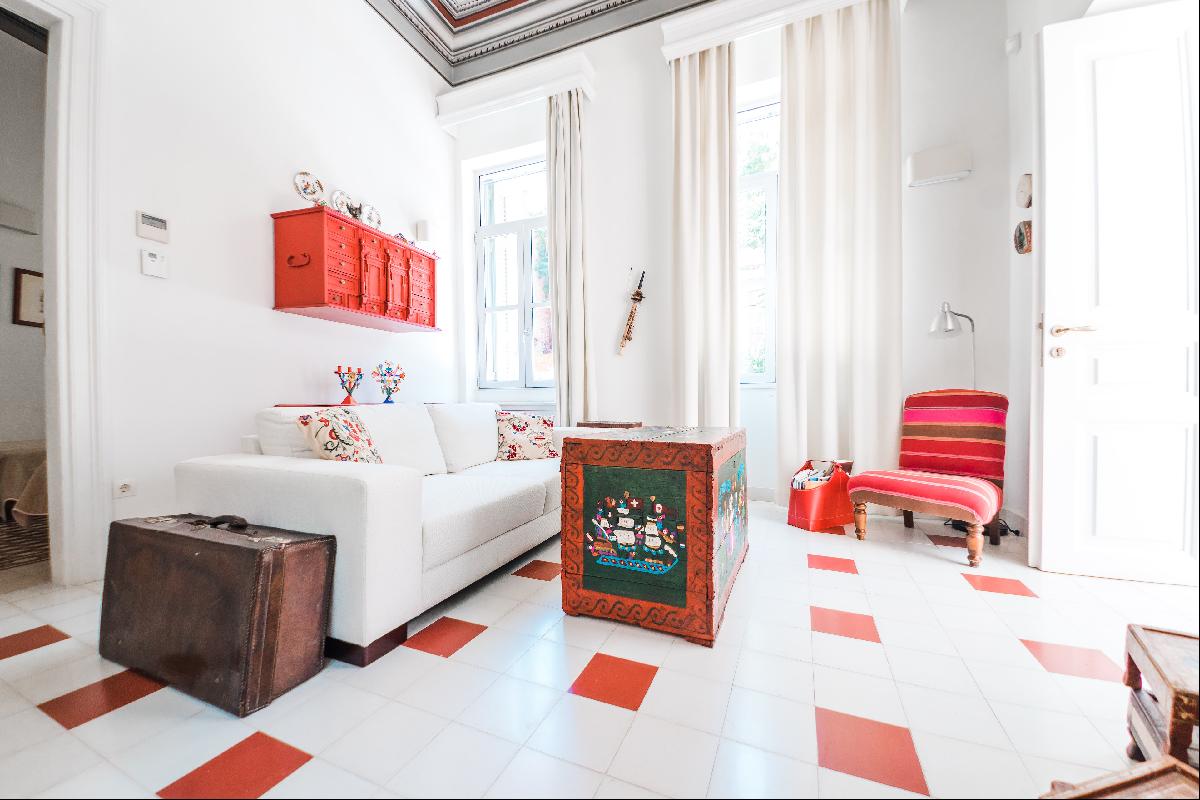 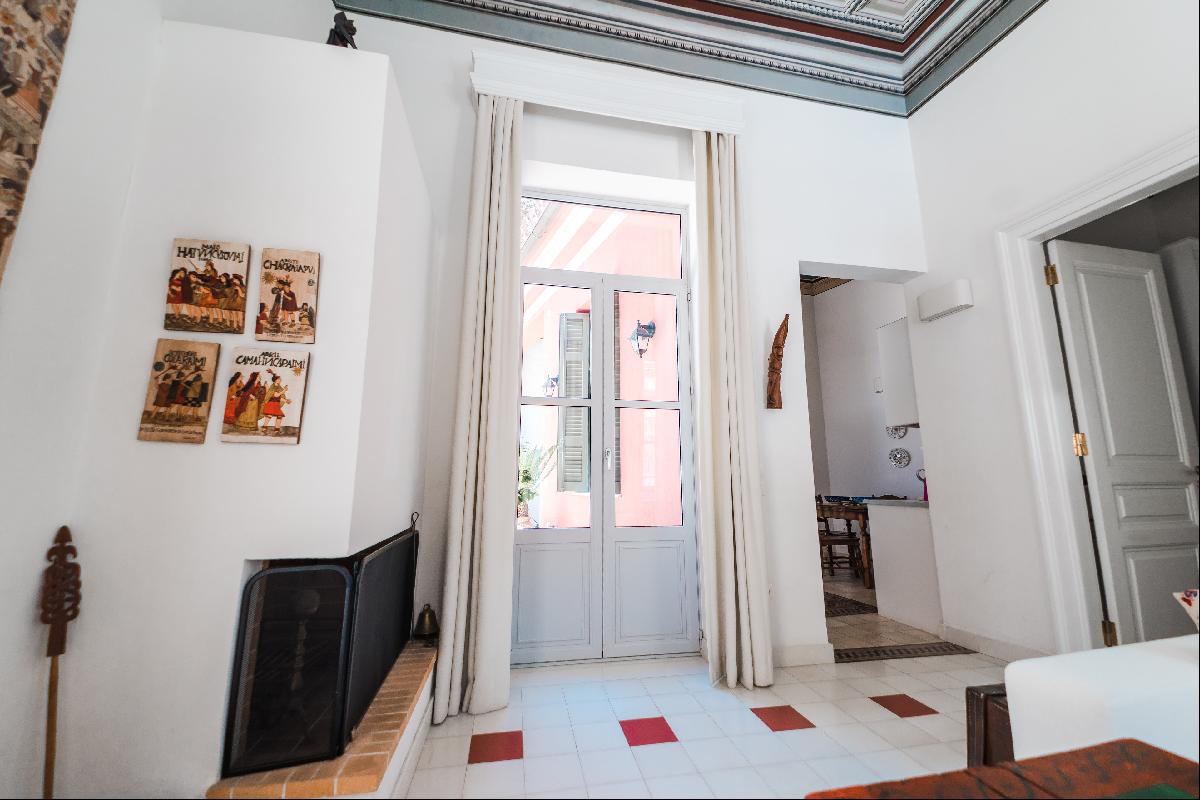 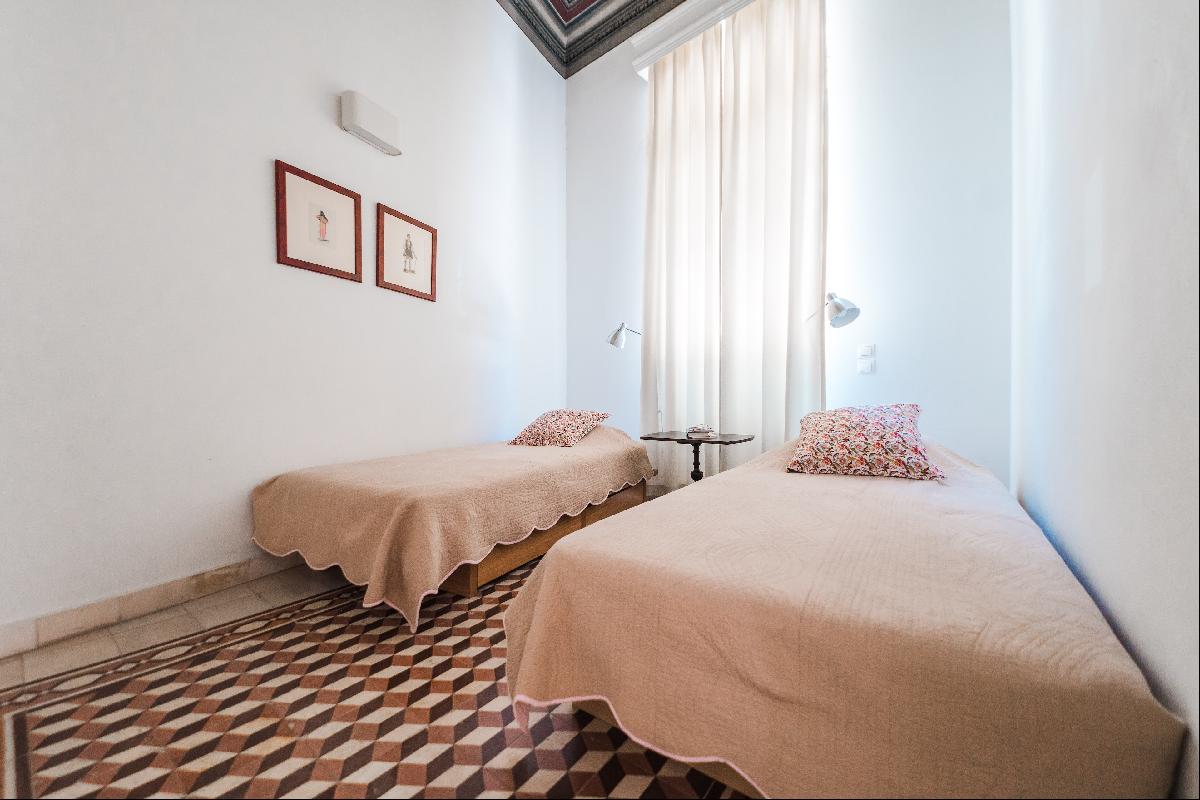 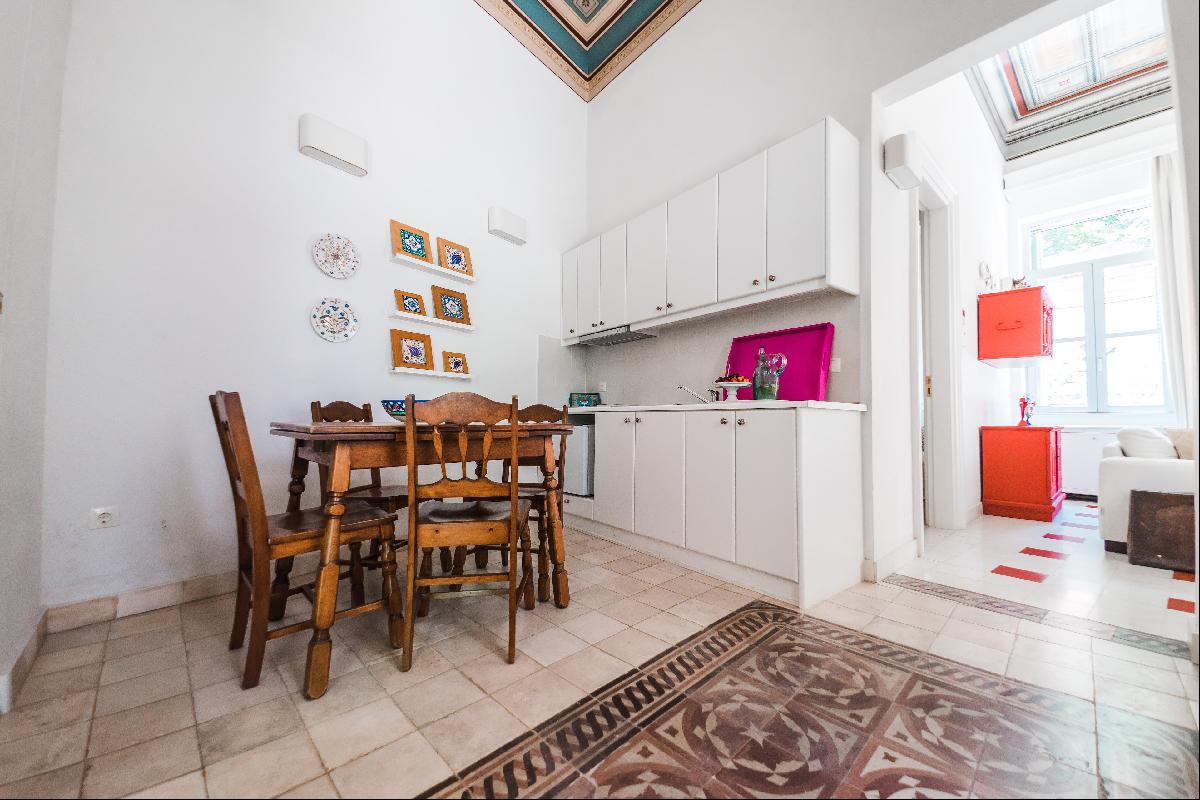 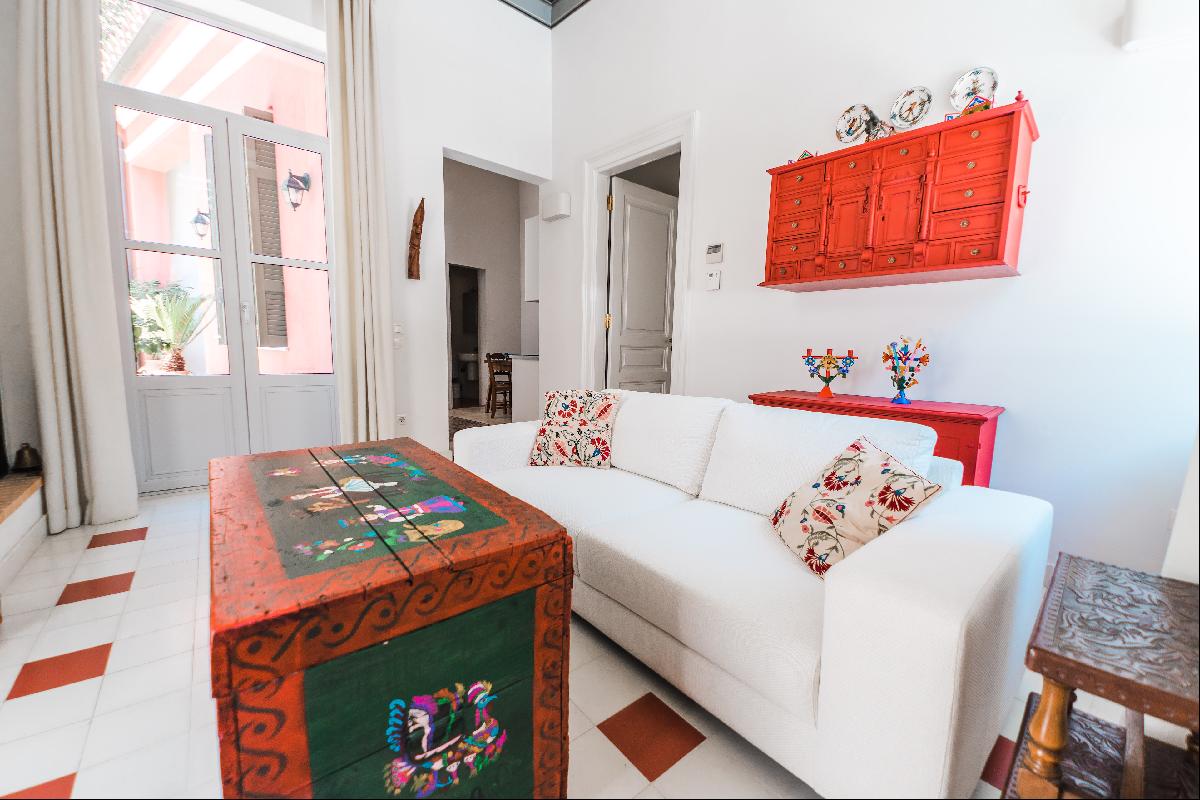 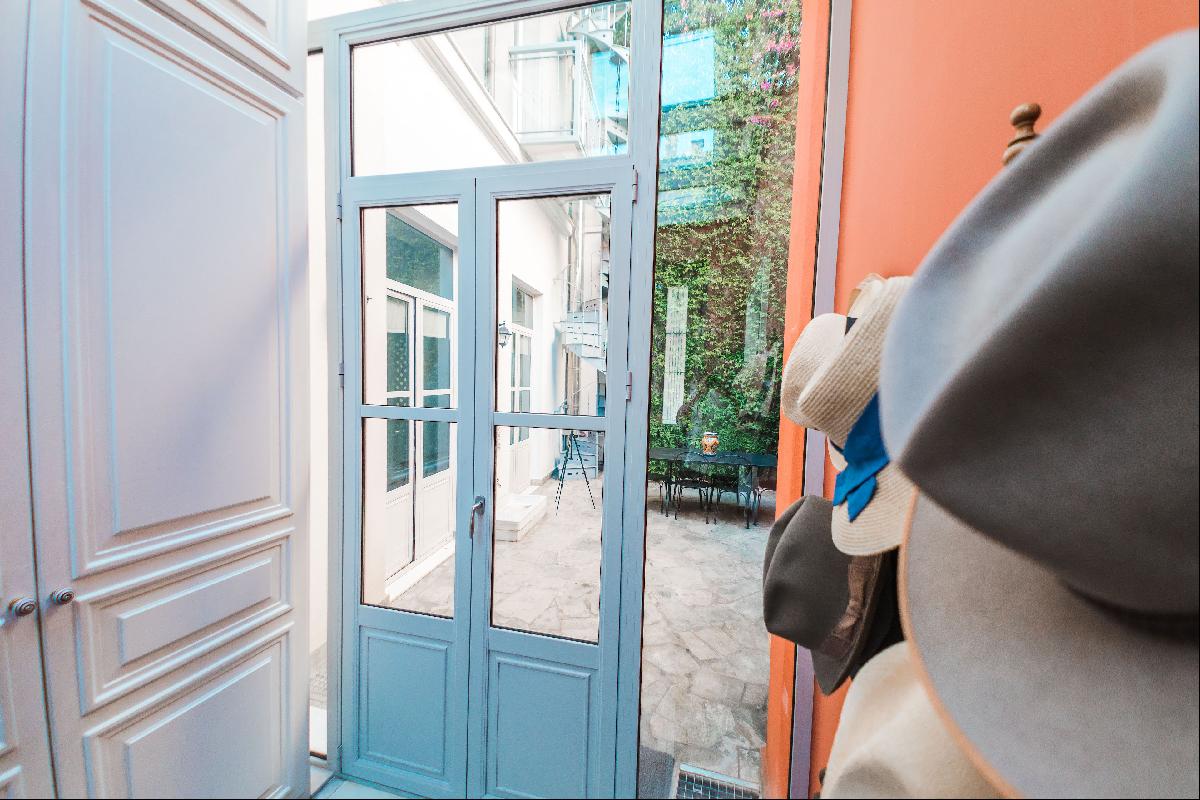 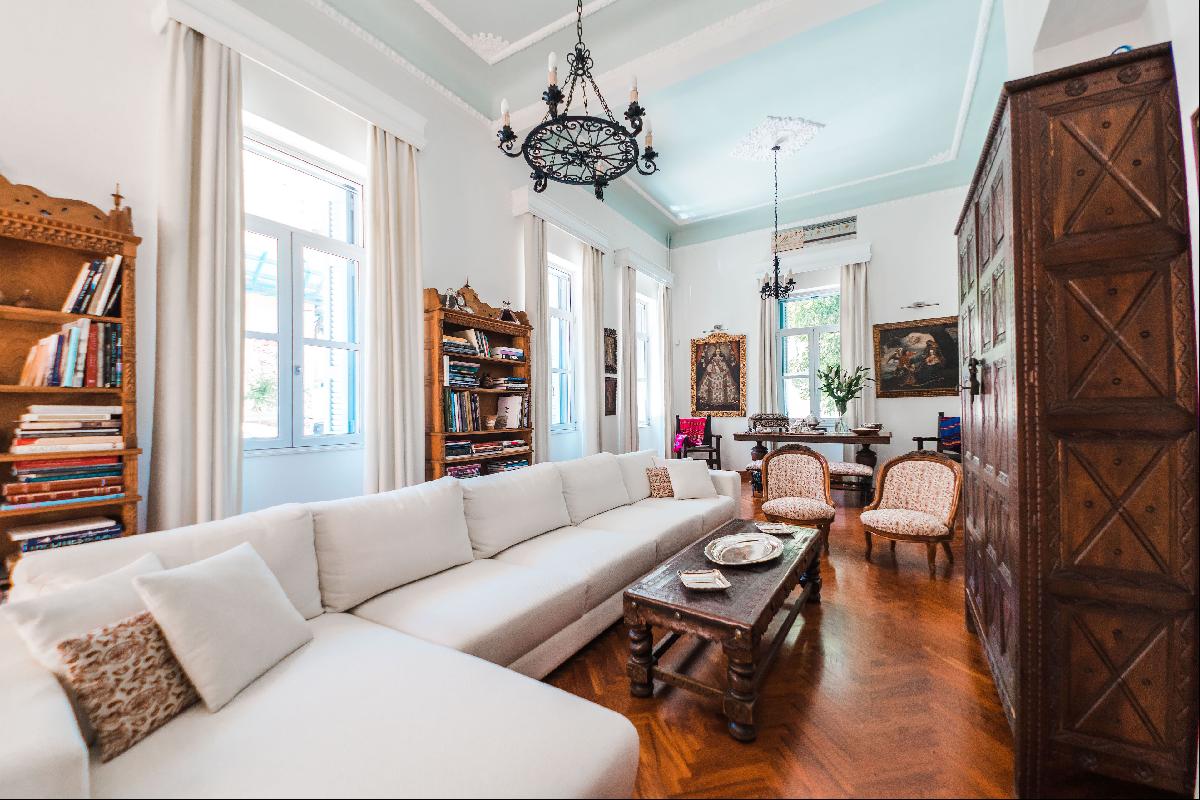 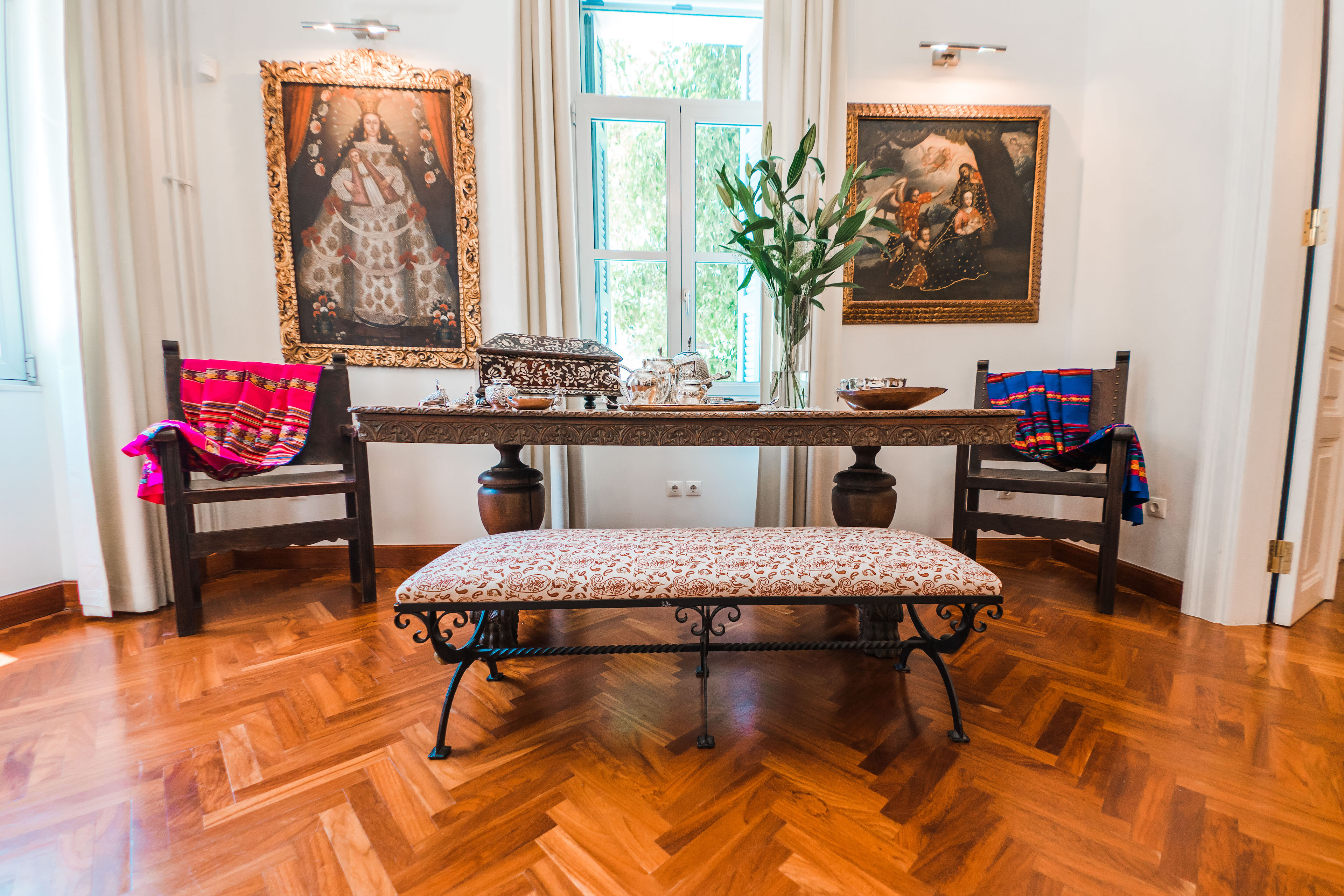 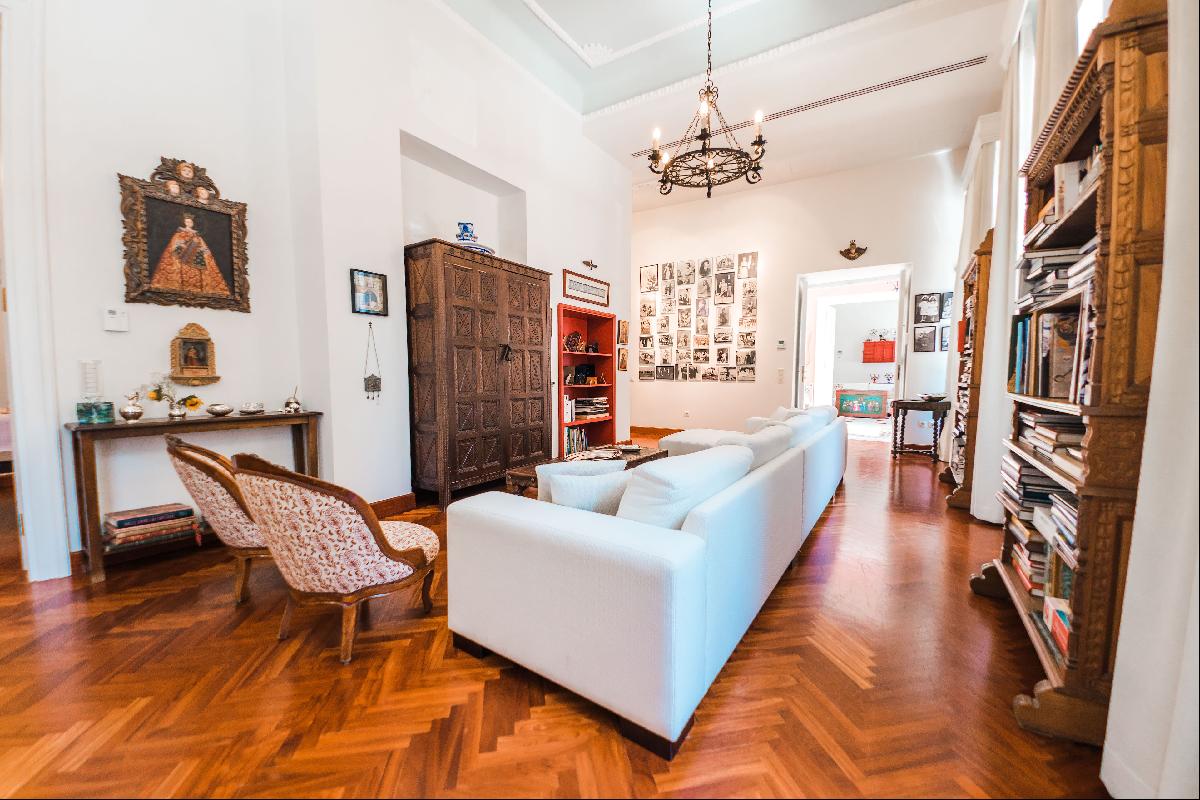 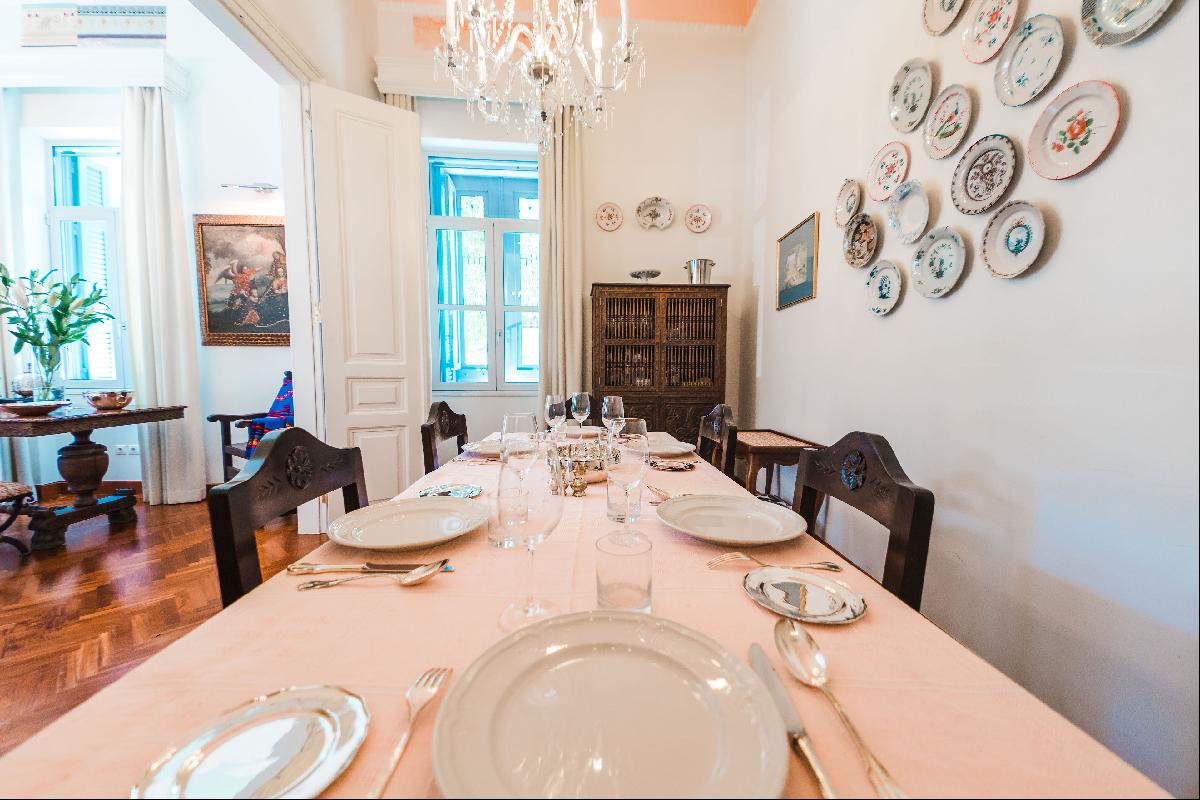 Athena, a 19th century neoclassical listed building, in one of the most sought after neighbourhoods in Athens, Thissio.


Thissio is perhaps the best area in Athens to appreciate the magnificence of the Parthenon, a glorious awe-inspiring sight, more amazing by night, illuminated like a golden crown, looking down over the city. The views are quite remarkable.


Athena is a lovely, spacious and comfortable home with high ceilings decorated with frescoes and adding to the feeling of space. During the renovations, in 2012, which were carried out in strict compliance with archeological rules and regulations, a wall dating back to the 4th century BC and Roman mosaic were found. The owners were granted permission to keep them both and they are now a feature of the home, and proudly displayed.


The layout of Athena consists of three interconnected quarters centered around a beautiful courtyard.


The main quarter has a large living room with a separate dining area as well as a modern kitchen with breakfast area. There are 4 bedrooms and 3 bathrooms on the first floor.


A separate 1 bedroom guest quarter on the ground floor has a living room, kitchen and bathroom. The living room can be used as an extension of the main quarter’s living space.


Two more bedrooms and a bathroom are found in the basement. The basement is also where ample storage, pantry and laundry facilities are located as well as a fully a humidity and temperature-controlled wine cellar.


The second floor has another guest apartment with a bedroom, bathroom and kitchenette. Also on this level, a study and large terrace with panoramic views of the Acropolis. A second terrace enjoys even more spectacular views of Mount Lycabettus, The Observatory, Mount Parnitha and Mount Hymettus. The total outdoor areas distributed in two (2) terraces and a courtyard are in total of 150m2.


Athena is surrounded by outstanding history and a host of wonderful eateries and coffee shops full of charm and character.